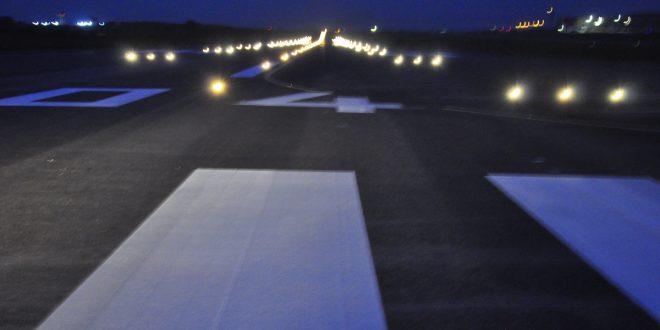 MORE accolades are being showered on the Federal Government over the reopening of the Nnamdi Azikiwe International Airport (NAIA) after completion of the runway; the latest coming from the Association of Aviation Professionals (ANAP) and industry think-tank Aviation Round Table (ART).

In Separate statements made available to Nigerian Flight Deck on the re-opening both association and union commended the Minister for the job.

President ART, Elder Gabriel Olowo who signed the release stated,” We in ART salute the minister of Aviation and his agencies for living true to its promise to deliver Abuja runway on schedule as we count down to 19 April.”

“Measurable deliverable remains our challenge in the sector and we are quite pleased the minister even put his job on the line on the project during ART breakfast meeting with himself and the information minister.”

“We appreciate the presidency for giving the essential and necessary support to make this happen on schedule. It is our prayer that such purposeful actions is sustained in the sector as we demand that Aviation delivers 1 % of Nigeria GDP by 2020 as against the present meager 0.4 %. We demand for measurable growth on the Airline side and the Airports.”

In a similar statement signed by the General Secretary of ANAP, Comrade Abdulrasaq Saidu, he described the feat as a welcome one stating that ANAP has been vindicated for supporting the plan from the outset and believing in it instead of criticizing for any selfish gain.

“Through your professional know-how and your patriotic commitment, Abuja Airport Runway repairs are completed and open to the flying public. ANAP as a union is very happily vindicated for supporting your objective, accept our sincere congratulations.”

He further enjoined the Minister to take time out now that his schedule seems freer to accept a solidarity visit aimed at boosting the objective in the industry.

Nigerianflightdeck is an online news and magazine platform reporting business stories with a bias for aviation and travel. It is borne out of the intention to inform, educate as well as alter perceptions with balanced reportage.
Previous Overland Airways resumes Abuja flights today, commends Government on timely completion of runway repairs
Next Runway Aviation Club appoints Major Cuff, Amamoo as Chairman, DOF