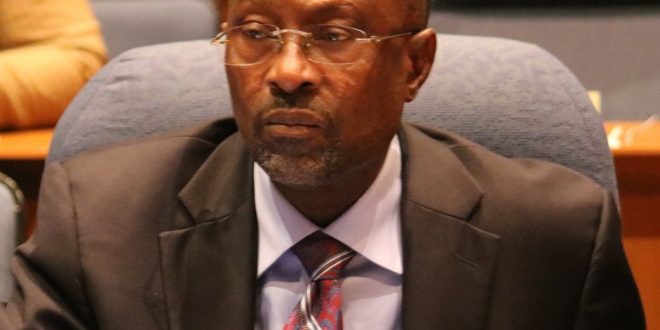 Akinkuotu tasks energy sector on local production of Jet A1

AS aviation fuel continues to gulps over 30% of operational cost of airlines in the country, Managing Director of the Nigerian Airspace Management Agency (NAMA) Capt. Fola Akinkuotu has charged the oil and gas sector in Nigeria to consider critically the production of the product in line with the Nigerian Content Development initiative of the Buhari administration.
Akinkuotu who was a guest speaker at the annual Health, Safety, Security and Environment (HSSE) forum organized by PSRG-Richardson Oil and Gas which held at Eko Hotel and Suites, Lagos said the call became imperative given the high cost of Jet A1 (aviation fuel) in Nigeria.
He said apart from cost, the supply of the product is sometimes epileptic, resulting in flight disruptions, stressing that the production of Jet A1 in Nigeria would regularize supply, bring about reduced cost which would also translate into lower air fares by airlines.
The NAMA boss who delivered a paper on the topic “Aviation Safety in Nigeria – Challenges, Issues and Solutions” lamented the high cost of aircraft maintenance which he described as “atrocious, largely because these costs are domesticated in dollars.” He revealed however that effort was being made by the federal government to set up an MRO (Maintenance, Repairs and Operations) facility “as part of strategic plans to reduce capital flight, lower the times aircraft leave the country for repairs and lower the cost of maintenance.”
On the state of air safety in Nigeria, Akinkuotu said “the recent pronouncement by the U.S Federal Aviation Administration (FAA) that Nigeria’s air carriers’ operations are in compliance with the International Civil Aviation Organization’s (ICAO) standards is good news that rekindles hope in the sector,” adding that “the aviation sector in Nigeria today is all together safe as accidents have remained at zero level for six consecutive years with serious or reportable incidents at acceptable levels” This according to him does not presuppose there are no challenges and issues in the sector which deserve mention and require adequate attention.
Capt. Akinkuotu noted that as an airspace manager, NAMA has embarked on the modernization of airspace infrastructure through the Installation of Instrument Landing System (ILS), Distance Measuring Equipment (DME), Doppler Very High Frequency Omnidirectional radio Range (DVOR) and Wide Area Multi-Lateration (WAM) for low flying aircraft surveillance and control, even as he revealed that Installation of ILS/DME and DVOR/DME is ongoing in 12 airport locations while CAT III ILS will be completed in Abuja and Lagos before the end of the year.

Nigerianflightdeck is an online news and magazine platform reporting business stories with a bias for aviation and travel. It is borne out of the intention to inform, educate as well as alter perceptions with balanced reportage.
Previous United Capital launches new, improved online investment platform, InvestNow.Ng
Next Government cuts registration of business cost by half for 90 days