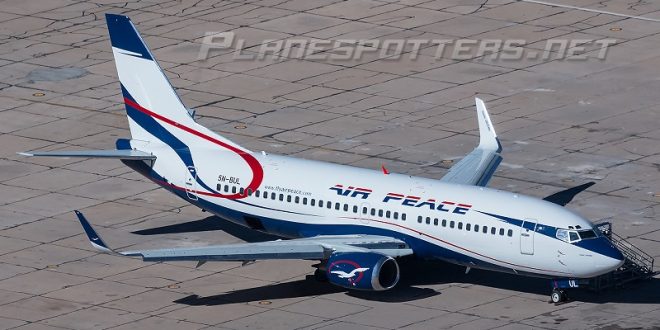 Air Peace moves some flight operations to MMA2 from January 2

COME January 2, 2019, Air Peace will move four of its scheduled  flight operations to the Murtala Muhammed Airport 2 (MMA2), Lagos to position itself for better service to its customers, according to an announcement made by the airline.

The airline, which has its main hub at the General Aviation Terminal (GAT) of the Murtala Muhammed Airport, Lagos, said it would now operate its Lagos-Akure, Lagos-Asaba, Lagos-Kaduna and Lagos-Port Harcourt NAF Base flights from MMA2.

A statement issued by Air Peace Corporate Communications Manager, Mr. Chris Iwarah said the development was in line with its expansion plan and strategy to deliver a much better experience to members of the flying public using its services.

The airline added that the expansion to MMA2 would address the space constraints it was facing at the General Aviation Terminal of the Murtala Muhammed Airport, Lagos.

“We are pleased to announce the extension of our flight operations from our main base, the General Aviation Terminal (GAT) of the Murtala Muhammed Airport, Lagos to the Murtala Muhammed Airport 2 effective from January 2, 2019. We will now operate our Lagos-Akure, Lagos-Asaba, Lagos-Kaduna and Lagos-Port Harcourt NAF Base flights from MMA2. Other new domestic routes we plan to launch soon will also be done from the facility.

“Other domestic flights out of Lagos will, however, operate from our main Base, the General Aviation Terminal of the Murtala Muhammed Airport, Lagos. We are quite hopeful that the expansion of our Lagos base to MMA2 will afford us the space and convenience to deliver first-class flight experience to our loyal customers.

“We have also launched a good number of routes in the last one year. As a customer-oriented carrier, it is only strategic that we seek a better operational atmosphere for seamless passenger facilitation and exceptional customer service experience. This exactly is what MMA2 offers with its state-of-the-art facilities and we are indeed proud of our decision to annex it to our Lagos hub,” Air Peace said.

Nigerianflightdeck is an online news and magazine platform reporting business stories with a bias for aviation and travel. It is borne out of the intention to inform, educate as well as alter perceptions with balanced reportage.
Previous Desarrollar, top firms sign agreement to improve real estate solutions
Next ‘We are sorry, depressurization on our flight caused delays’-Air peace apologizes