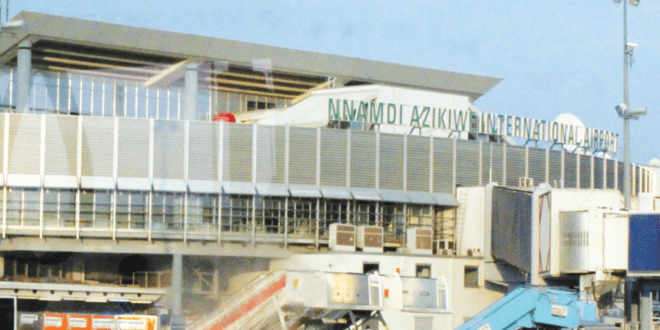 MANAGEMENTS of domestic airlines, Air Peace and Medview Airlines have both announced the resumption of  flights into and out of the Nnamdi Azikiwe International Airport, Abuja starting from Wednesday, April 19 following completion of the rehabilitation of the runway.

In separate statements made available to Nigeria Flight Deck both airlines were grateful to Federal government for keeping their promise and air travelers for keeping faith till the rehabilitation was complete.

The airline had on March 9, 2019 diverted all its flights to Kaduna following the closure of Abuja Airport for rehabilitation, which lasted six weeks.

Engineer Animashaun said besides the six daily flights, the flights to Yola, Kano and Maiduguri will now be routed through Abuja, which has been the practice.

Animashaun revealed the closure of Abuja Airport brought out the potentials of Kaduna International Airport making the airline to operate daily flight as against the 3 three weekly flights before the boom.

“Kaduna has a lot of potentials, hence we decided to maintain daily presence there”, the COO said.

The Airline commended the Federal Government and the Government for the extensive work carried out to improve the Kaduna International Airport.

In a separate statement signed by Air Peace’s Corporate Communications Manager, Mr. Chris Iwarah on Monday commended air travellers for keeping faith with the airline and making a huge sacrifice to ensure repair of the bad portions of the runway of the Abuja airport.

The airline also praised the Federal Government and the Minister of State for Aviation, Sen. Hadi Sirika for ensuring speedy completion of the repair work on the runway of the facility.

“We are pleased to announce resumption of all our flights into and out of the Nnamdi Azikiwe International Airport with effect from Wednesday, April 19. The Federal Government shut the facility to traffic on March 8 to enable a six-week repair of its runway and diverted all Abuja-bound flights to the Kaduna International Airport.

“We considered the decision of the Federal Government to shut down the airport for quick repair of its runway in tandem with the high safety standards of our flight operations. At Air Peace, the safety our esteemed guests is our first rule of business. We do not compromise on that for any reason.

“Although the decision to shut the facility to traffic came with huge costs, for us, nothing compares with safety. We are also aware that our numerous guests and the entire travelling public had to make a lot of sacrifice to enable the repair of the runway possible and wish to commend them for their understanding and cooperation.

“We also wish to express our sincere gratitude to the Federal Government, the Minister of State for Aviation, Sen. Hadi Sirika and the contractors for delivering on their promise to ensure completion of the repairs within schedule. The repair of the runway has further intensified our enthusiasm to deliver the best flight experience to our valued guests in a very safe atmosphere. Our Abuja schedules are live once again and we promise to give the best of air travel services as we resume our flight operations in the Federal Capital Territory,” Air Peace said.

Nigerianflightdeck is an online news and magazine platform reporting business stories with a bias for aviation and travel. It is borne out of the intention to inform, educate as well as alter perceptions with balanced reportage.
Previous 3 ways to add value to your customers and maintain your sales circle
Next Ethiopian Airlines recommence Abuja with A350-900