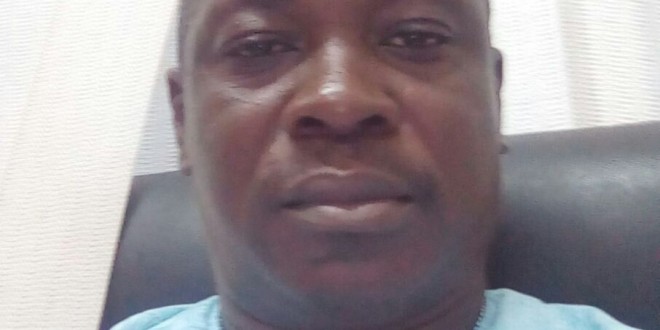 The Accident Investigation Bureau (AIB) has reacted to stories making rounds that the President of Air Transport Senior Staff Association of Nigeria (ATSSAN), Mr. Benjamin Okewu whose secondment from the Nigerian College of Aviation Technology (NCAT), Zaria was illegal.

According to the AIB, NAAPE did not get their facts right in their petition stating that Okewu was not placed in an undeserved position as NAAPE had insinuated.

The statement read,”Our attention has been drawn to some media reports on the secondment of Mr Benjamin Okewu who is also the President of Air Transport Senior Staff Association of Nigeria (ATSSAN) from the Nigerian College of Aviation Technology (NCAT), Zaria to Accident Investigation Bureau (AIB). The reports were based on a petition reportedly authored by National Association of Aircraft Pilots and Engineers (NAAPE) raising dusts over Mr. Okewu’s placement or ‘elevation’.”

“While we do not, as a policy, want to join issues with people, especially trade unions in the media, AIB management is constrained to respond to set the records straight. In the first instance, secondment is a normal exercise in the civil service. Mr Okewu was not placed in an undeserved position even as the management has not violated extant rules on secondment.”

“If the authors of the petition had done their home work, they would have realized that the salary structure of the Nigerian College of Aviation Technology (NCAT), Zaria is different from that of the regular civil service. NCAT is part of the tertiary education salary structure where the highest grade level is CONTEDIS 15 for a director while the civil service salary structure, which AIB operates terminates at Grade Level 17 for a General Manager.”

“Besides, Mr Okewu was due for promotion as at January 2016. AIB cannot promote him but only asked him to cover the duties of the Head of Human Resources in acting capacity as AGM (GL 15 or CONTEDIS 13). Moving into Human Resources from planning background in addition to his immense experience in industrial relations is a plus for his new assignment.”

“ The management frowns at NAAPE meddling in the internal affairs of AIB and urge it to concentrate on working for the improvement of its members’ welfare. Trade unions should not fan embers of disunity but work for cohesion and team work in establishments where they are represented”

Nigerianflightdeck is an online news and magazine platform reporting business stories with a bias for aviation and travel. It is borne out of the intention to inform, educate as well as alter perceptions with balanced reportage.
Previous Delta flights restart after world wide computer outage
Next FG drags Turkish Airlines to court over violation of passengers’ rights