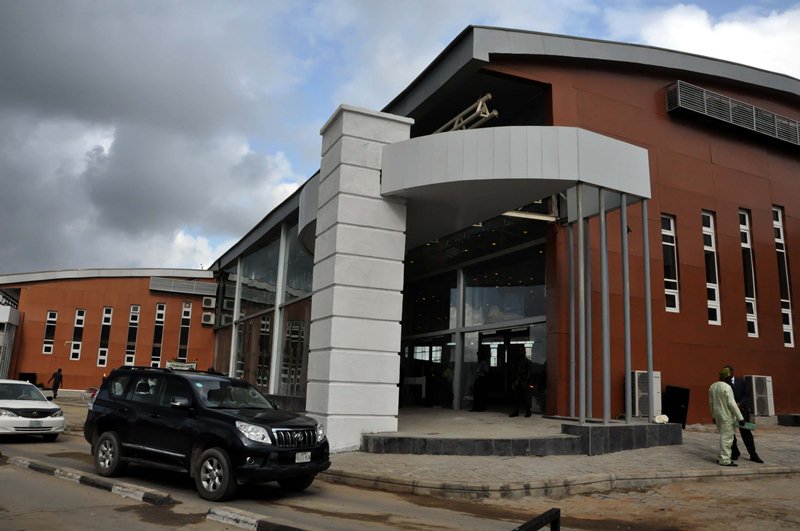 Two passengers were injured this afternoon when an orderly accidentally fired his weapon inside the domestic terminal building of the Murtala Muhammed Airport Lagos.

The incident took place at about 3pm today at the General Aviation Terminal (GAT), according to a source who said one of the injured a passenger coming from outside the country on his way to board a domestic flight before he was injured.

Eye witnesses say that a man identified as an orderly of a Senator wanted to remove the magazine of his gun and there was accidental discharge that left him and a woman injured.

The orderly who was to travel on Arik Air and wanted to lodge his gun, which is a standard practice on air travel, but the gun released a bullet that splinted and hit both the man and woman on the leg as he bent down to pull the magazine out of the gun.

Witnesses say the two were taken to hospital at the airport, they trekked out of the terminal to the vehicle that took them to the hospital, and also walked into the hospital without any assistance, which indicated the injury was not severe.

The General Manager, Public Affairs of FAAN, Mr. Yakubu Dati, who confirmed the incident, said what happened was an accident and added that stowing the gun away with its magazine was a standard procedure because guns are not taken on-board aircraft; they are usually checked in the luggage compartment.

Dati assured air travellers that all the airports are safe and secure and in recognition of the security challenges in the country and in the world, security at the nation’s airports has been fortified.

Nigerianflightdeck is an online news and magazine platform reporting business stories with a bias for aviation and travel. It is borne out of the intention to inform, educate as well as alter perceptions with balanced reportage.
Previous 55 years later, Delta resumes nonstop flight to Havana, Cuba
Next Spectranet 4GLTE,Aero Contractors sign MoU for free wi-fi