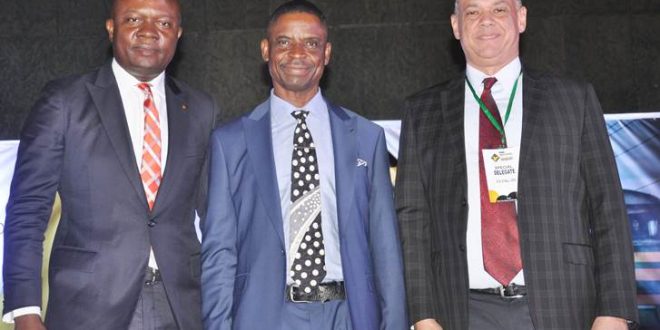 NEGLECT of the Nigerian tourism sector by governments at all levels has led to government shortages of funds and inability to properly harness the sectors potential and turn it into a major earner, according to the managing director/chief executive officer of Transcorp Hotels Plc, Mr. Valentine Ozigbo.

Ozigbo further revealed that this neglect was demonstrated by the abysmal marketing of the sector by relevant ministries and agencies of government.

Speaking at a national tourism transport summit and expo in Abuja, yesterday, he advised the relevant ministries and agencies of government at the federal and state levels to spearhead the marketing of the tourism sector in Nigeria, saying doing so would help in leapfrogging the sector into a major revenue earner.

He said: ‘‘If well harnessed, the tourism sector,  with its vast potential, could displace oil as the nation’s highest revenue earner.’’

Ozigbo, who was a panel discussant in one of the sessions of the event on “Marketing Destinations in Nigeria: What Role for the Transportation and Tourism Sectors”,  stated that everywhere in the world, governments play the critical role of enablers and marketers of the tourism sector while the private  sector  acts as the  driver.

According to him, with the kind of symbiotic relationship between the government and the private sector in the tourism business, the former should spearhead the marketing role while the latter drives the process.

He noted that the Minister of the Federal Capital Territory (FCT), Abuja, for instance was expected to be the chief marketing officer of the tourism potential in the nation’s capital.

According to him, doing so would equipped the minister with the challenges in the sector and propel him to seek solutions with a view to boosting it.

He also explained that with the absence of a potent marketing of the tourism potential in the FCT, Transcorp Hotels Plc had gone out-of-the-way to market and ensure that its customers are availed of the pleasure of visiting some tourism sites in the FCT.

“In Transcorp, we’re not only serving our customers, but selling the city. We’ve been putting together tourism destinations.  Our job will be made easier when the government plays their role,” he said.

He also recalled the strides of a former governor of Cross River State, Mr. Donald Duke in marketing the tourism potential of that state, which eventually etched the Obudu Resort and other sites in the state on the global map.

Nigerianflightdeck is an online news and magazine platform reporting business stories with a bias for aviation and travel. It is borne out of the intention to inform, educate as well as alter perceptions with balanced reportage.
Previous UBA rewards loyal customers in ‘Refer-a-Friend’ campaign
Next Engineer Animashuan bows out of Med-view Airline