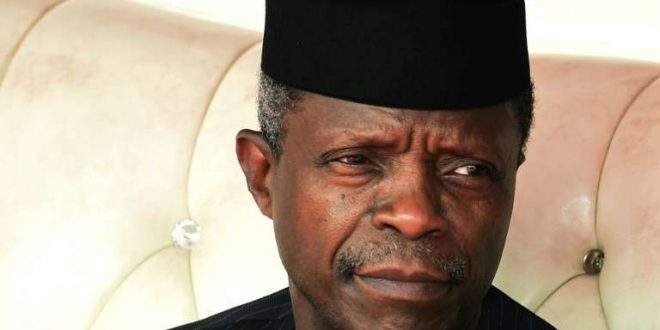 THE Aviation Safety Round Table Initiative (ART) has expressed concern over the emergency situation that was available during the crash of the helicopter airlifting Vice President, Professor Yemi Osinbajo and 12 others.

According the the think tank group, in a Statement signed by Olumide Ohunayo, the crowd which found its way to the helicopter after the crash could have become casualties if there was an explosion

“While waiting for the AIB report of the accident, we are disturbed about the preparation made for the landing of the helicopter in that area and the crowd that surged towards the helicopter after the crash, if there had been fire, we would have experienced some casualties.”

The ART also described as a slap on the huge human resource of pilots Nigeria has in abundance, the fact that the Vice President of Nigeria was being flown by a foreign pilot.

“We are deeply concerned about the management of security of the Vice President of the Federal Republic of Nigeria. It is embarrassing to see the Vice President of Nigeria being flown by a foreign pilot whether contracted or chartered in a Nigerian Police helicopter as noticed in a previous flight during these campaign season.”

The group in submission joined other Nigerians in thanking God for sparing the lives of the Vice President and members of his team on board the Agusta AW139 helicopter .

Nigerianflightdeck is an online news and magazine platform reporting business stories with a bias for aviation and travel. It is borne out of the intention to inform, educate as well as alter perceptions with balanced reportage.
Previous Presidential Elections: Ex-Airways pensioners pitch tent with PMB after part payment of benefits
Next ’10 year validity passport is a choice,’ immigration boss explains