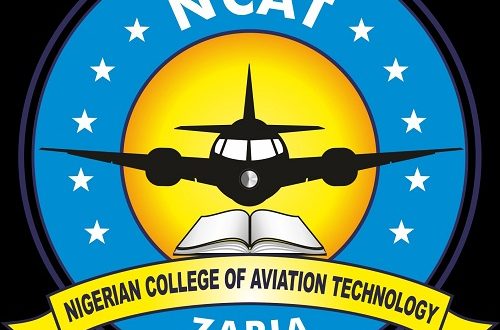 Unions petition Ministries of Aviation, Labour over sack of 37 staff

The unions; in a joint petition signed by their general secretaries insist that the college’s management has been ill-advised by some people in the system demanding for due process to be followed when the management decides to discharge any of their members due to faults not of their making.

The unions also copied Sen. Hadi Sirika, the Minister of State for Aviation, Mr. Rotimi Amaechi, the Minister of Transportation, Dr. Chris Ngige, the Minster of Labour and Employment , Head of the Civil Service of the Federation and the Executive Chairman, Salaries, Income and Wages.

The petition insisted that “some mischievous third force at NCAT” were bent on ill-advising the management in order to dislocate the prevailing industrial harmony at NCAT, wondering why the management was reluctant in implementing the judgement of the National Industrial Court of Nigeria, which reversed the sack of teachers in staff schools across the country.

The petitioners explained that the management of the college immediately implemented the policy of the government, which withdrew it from the funding of staff schools, but wondered why it was slow in implementing a court judgement, which reversed the government’s policy.

Other staff schools across the country have implemented the judgement of the industrial court by recalling their sacked teachers in staff schools, but only NCAT was yet to implement such.

The petition added: “Did we not agree in September 2017 at the Ministry of Transportation in Abuja to constitute a joint committee of NCAT-union-ministry of transport-ministry of labour-head of service-salaries and wages to discuss and finally resolve the staff school teachers issues even before the release of this ‘knotty’ circular? While we had since submitted the names of our nominees for the proposed committee, we do not understand the motive for cherry-picking in resolving the staff school teachers’ predicament.

“In view of the position of the college not to address the issues as raised by our unions until the determination of the said case, would it not be right to conclude that NCAT management and NCAT Consultant wilfully and deliberately frustrated some of the teachers to see court as an option? The petition queried.

Nigerianflightdeck is an online news and magazine platform reporting business stories with a bias for aviation and travel. It is borne out of the intention to inform, educate as well as alter perceptions with balanced reportage.
Previous AIB sets up committee to review implementation of safety recommendations
Next FAAN says CCTV installations in Lagos, Abuja 90% complete