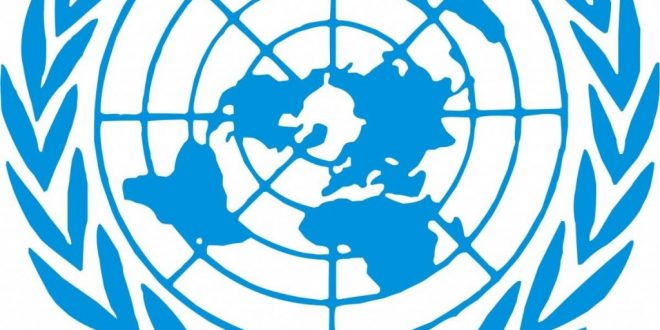 UNITED Nations (UN) has stated that it would establish two Aviation Security Training Schools in Abuja, the Nigerian Capital and Lagos, its commercial nerve centre as part of efforts to support the nation’s overall counter-terrorism strategy.

According to the world body, the main objective of the project is to support the nation’s overall counter-terrorism strategy by providing a key element of a robust national aviation security policy that mitigates effectively the threat posed to civil aviation by terrorist organizations and their operatives

United Nations-appointed Project Manager for the schools, Douglas Melvin made this known while briefing the Minister of State for Aviation, Senator Hadi Sirika in his office, stating the initiative will also enhance the capacity within the United Nations system to help interested Member States to implement the United Nations Global Counter-Terrorism Strategy in an integrated manner.

This involves assisting the partnering Member States with their implementation of the Strategy across all four topical pillars, which address the multiple dimensions of countering terrorism, and utilizing assistance capacities and efforts from across the United Nations system.

According to him, the choice of Nigeria, out of twenty-five (25) countries considered, was in appreciation of its clear and well documented road-map on developing the aviation sector, with particular emphasis on safety and security and said the country stands to reap more benefits than the training of its aviation security personnel by the best available security experts.

Such other benefits, he said, include the provision of, and exposure to hi-tech Aviation Security equipment and the generation of revenue from training of aviation security personnel from other countries.

He also informed the Minister that the up-coming United Nations General Assembly is billed to make a proclamation on Aviation Security with specific reference to Nigeria. This according to him, underscores the importance attached to the project as a flagship and high-profile one which the country is privileged to be a beneficiary.

Minister of State for Aviation, Senator Hadi Sirika, while expressing the gratitude of the Government and people of Nigeria to the United Nations for recognizing and identifying with the government visions and efforts to establish and nurture a world-class aviation industry in Nigeria that is basically founded on Safety and Security, assured of government readiness to provide all that is necessary for effective take-off and operation of the two institutes to be located in Abuja and Lagos.

The minister said the decision of government to establish a Ministerial Committee on Airport Security on assumption of office, defined the importance it attached to Aviation Security as a critical component of the overall national and international security system and emphasized the recognized need for an integrated international counter-terrorism strategy which the Organization is set to address through the establish of the schools.

Sirika also described the choice of Nigeria as an Aviation Security training centre by the United Nations body as a massive boost to the nation’s desire to become a regional aviation hub and also heighten investor confidence in the country.

The project is to be fully funded by the United Nations, and delivered by the United Kingdom Department of Transportation while Nigeria is expected to participate in the provision of training premises and supply of low-cost aviation training equipment, amongst others.

Nigerianflightdeck is an online news and magazine platform reporting business stories with a bias for aviation and travel. It is borne out of the intention to inform, educate as well as alter perceptions with balanced reportage.
Previous NSE congratulates Ag. DSEES, says elevation was due to competence
Next NUATE kicks against concession, frowns at deplorable work conditions at NCAA