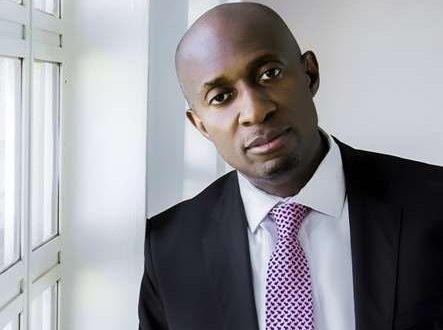 FOLLOWING the  Nigerian Civil Aviation Authority (NCAA)  ultimatum to Airline Operators of Nigeria (AON) over the automation of revenue remittance, the airline body has called on the regulatory body to suspend the exercise until the parameters that constitute the 5% Ticket and Cargo Sales Charge are clearly and properly defined.

AON Chairman, Capt. Nogie Meggison, who asked for the suspension  said that there was no problem with automation but needed clarification on what constitutes the charges also further stating that its members have become prey to discriminatory charges.

He said in a statement obtained by Nigerianflightdeck: “AON has no problem with the Authority going ahead to automate the collection and remittance of the said charges, but that the NCAA needs to give clarification on what constitutes the five per cent Ticket and Cargo sales Charge 5% TSC is  only applicable  on NUC fare in compliance with industry practice and as currently  applicable to  international carriers operating out of Nigeria.”

“AON members  are currently remitting the 5% TSC charges and it is on record that NCAA  introduced financial clearance process for services over  the last year. Despite our Members improved payment, infrastructure and service level continue to deteriorate across all facets of the industry under the same Authority. “

“AON also has issues with the immediate mandatory automation without first addressing the cost of integration while sadly at the same time not asking the foreign carriers operating in Nigeria to join the same Automation platform and are charged on their base fares.”

“This is wrong and discriminatory and also against ICAO Non-Discriminatory policy. As per a recommendation adopted … ‘by the ICAO Council, States are encouraged to incorporate the four key charging principles of non-discrimination, cost-relatedness, transparency and consultation with users into their national legislation, regulation or policies, as well as into their future air services agreements. (Source: ICAO DOC 9082)’ “

“It is apparent that NCAA is preying on domestic airlines, which they see as an easy target, a cash cow and for cheap publicity, over regulating domestic operators, and pushing domestic airlines to the edge of insolvency/ bankruptcy. It is this kind of policy that has reduced the lifespan of Nigerian airlines and have consumed over 25 airlines in the last 30 years since deregulation in 1982.”

“While the same NCAA is weak and has turned blind eyes in enforcement of other sectors, i.e runway quality, airport fencing, bird strike, Navaids, fuel quality control by oil marketers, poor quality delivery by service providers, and Agencies inflicting unauthorized and illegal billing contrary to the provisions of the 2006 ACT. (Part V (12)(2))”

AON is tired and cannot continue to be the only soft target or easy prey. We appeal to the NCAA to rather focus their energy on being an enabler and to foster growth in the Nigerian aviation industry in line with their Mission Statement; “To provide aviation safety and economic regulation in the most efficient, effective, quality and technology driven manner to the satisfaction and benefit of all stakeholders, consistent with the highest international standards and the sustainable development of the industry and national economy.”

While other West African Countries’ airlines operate 24 hours, Nigerian carriers are subjected to daylight operations only till 6:30pm in most our airports. Yet the West African charges are almost a fraction of Nigeria’s domestic billing. Sadly also Nigerian airlines are the only mode of transport paying VAT. Marine, road and rail transport don’t pay; and even the foreign airlines operating into Nigeria are exempted from paying VAT in Nigeria FIRS (Part L Sub Section (b) No. 8 – VAT INFO 9701(3) ) and their home base. It is interesting to note that Ghana, only yesterday, March 30, 2017 announced the cancellation of VAT on domestic and intentional air travel.

The AON Chairman added that during a recent meeting between AON and NCAA, the DG had agreed to look into the matter by considering using a flat rate that is tied to the United States Dollar as a possible way of addressing the matter similar to what FAAN does with the Passenger Service Charge (PSC) , and the norm method of billing  in most parts of today’s world .

To this end therefore, the ultimatum issued by the NCAA to operators can’t be said to have been done in good faith, because the authority was yet to respond to the issues raised on the matter in previous meetings between NCAA and AON where both parties had agreed.

The Nigerian Civil Aviation ACT 2006 prescribes the need to carry out periodic review of the Air Ticket and Cargo Sales charge in consultation with stakeholders. However, the one-sided implementation of the law whereby stakeholders are not consulted before decisions are reached does not augur well for the growth of the industry.

“There is need for the NCAA to be transparent with the process of reviewing the collection of the five per cent charge, as the AON would prefer the International Air Transport Association (IATA) to drive the implementation of the automation and collection of the charge for the authority; the norm worldwide. Moreover, the third-party firm commissioned by NCAA to do the collection, is a private company that has never been tested nor trusted; and why a third-party?

For over ten (10) years NCAA has operated the legislation on the collection of 5% ticket sales charge and has not deemed it fit for a review as provided for in the laws. Sadly however, in the last review of the NCAR 2006, the issue was not addressed in spite of calls then by airlines to review the charge.

“AON wishes to make it clear that we are not against automation. However, we seek clarity on these and other issues tabled before the DG during our meeting of which he agreed to look into our concerns and consider the option of charging a flat rate but tying it to the Dollar to take care of fluctuations. This was a promise the DG made during the meeting with AON which elicited applause from members as a symbol of our pleasure and gratitude to this planned action.

“Unfortunately, while we awaited the agreed implementation, we were surprised that to the contrary NCAA went ahead to issue a Press Release,” Capt. Meggison stressed.

It should be recalled that the collection of 5% Charge is a statutory provision in the Civil Aviation ACT 2006 as set out in Part V (12)(1). However, for over 10 years, the NCAA has operated this section and made subsidiary legislation from it without paying any attention to Part V (12)(2), which states that: “The Air Ticket and Cargo Sales charge may be reviewed by the Authority in consultation with the stakeholders from time to time.” The direct consequence of this being that there is no mechanism for a review of the 5% Charge and there has never been a review of the 5% charge for this period.

AON therefore kindly requests that the automation of the collection of the 5% charge by airlines be suspended until a mechanism is put in place to give effect to Part V(12)(2) of the 2006 Civil Aviation ACT.

Airlines are always eager to be part of the required consultations before amendments are made but unfortunately this has so far not been the case, as our members are usually left in the dark while expected to only comply with changes or amendments with unfair deadlines.

The DG will agree with us that in costing our ticket fares, the criteria must be certain and known so that the general travelling public whom we are all in business to serve do not undergo undue disadvantage and NCAA also are not short-changed,” said Meggison.

“AON wishes to continue to partner with the NCAA and other service providers. And only when airlines are healthy can this partnership exist in the first place. Our prayer therefore is that NCAA should clarify what percentage of the ticket is 5% going to be applied to? It should be clear, Non Discriminatory, and transparent or charge a flat rate (the norm worldwide) as agreed during our meeting with NCAA,” Capt. Meggison submitted.

Nigerianflightdeck is an online news and magazine platform reporting business stories with a bias for aviation and travel. It is borne out of the intention to inform, educate as well as alter perceptions with balanced reportage.
Previous Lalong unveils path to prosperity
Next Automation of 5% TSC,CSC: AON misleading public as indebtedness hits N15billion-NCAA