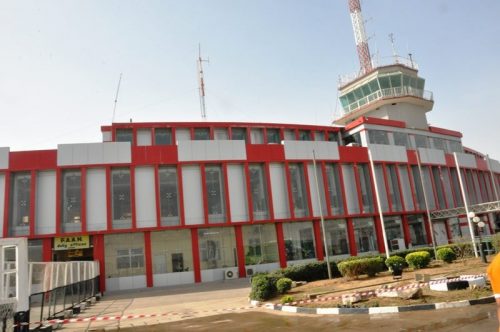 AN aviation consultant, Mr Herbert Odika has said that a compromised Civil Aviation Regulator destroy the industry and has called for the halting of certain practices that make the regulator compromise on its stand.

This is just as he also said that for airports in Nigeria to grow and get increased revenue, it is pertinent for government to allow airports generate their own power independently.

The consultant who spoke to reporters insisted that the country was gradually moving from civil aviation to compromised aviation noting that this became prominent especially when regulators allow airlines to pay inspectors bills.

Odika explained that the country was gradually moving from civil aviation to compromised aviation in the sense that with the country’s national carrier then, around 2004 when Nigeria airways was finally liquidated, there were a lot of crisis because the domestic airlines relied on the national carrier to get certain things to keep them going.

He noted that the liquidation made it difficult for the airlines to be on their own and started compromising and the industry started having issues with the regulatory body which sanctioned airlines to pay inspectors bills when carrying out their inspections, especially outside the country.

He noted that since aviation thrived on safety, speed and accuracy, having a compromised regulator will jeopardise the sector if the regulator allow airlines to pay for inspectors bills.

On independent power generation Odika said airports will continue to remain stagnant if power supply remained epileptic with generating plants consuming over what it generates as revenue.

He said,”1000KVA generator that they run at the airport uses a drum of diesel every hour and a drum of diesel is about N300, 000. So, how do you become viable if you look at your overhead cost. The government should allow airports to generate their own power, that will bring a huge saving to the airport especially the few major airports in Nigeria ”

According to Odika, Nigeria Airports are not viable in spite of the commissioning of terminals adding, that passengers traffic had not been encouraging compare with the population of the country.

“An airport that can not boost of 50 flights a day is not seen in the eyes of any private investors as viable. The over head cost of Abuja and Lagos airports are carrying are not the best for concession. It’s not viable at all in terms of power issues, cost of tickets are not affordable and has had a ripple effect on flight in 2018”

Odika also queried the continuous insistence on the use of Boeing 737 aircraft for one hour domestic operations stating that the cost of operating the machines make it difficult for airlines to break even operating in Nigeria.

On airport concession, Odika said it has to do administrative and technical issues must be in place saying that it was viable to concession airport but operators of the airport must be willing to give airlines invectives to survive at the initial stage.

Nigerianflightdeck is an online news and magazine platform reporting business stories with a bias for aviation and travel. It is borne out of the intention to inform, educate as well as alter perceptions with balanced reportage.
Previous Happy New Year to all our esteemed subscribers, readers and followers
Next TEF opens applications for $100m Entrepreneurship Programme, plans 1m new jobs