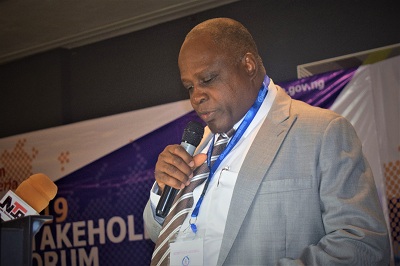 MINISTER of Aviation, Senator Hadi Sirika has described the death of the immediate past Director-General of the Nigerian Civil Aviation Authority (NCAA) Captain Usman Shuiabu Mukhar as a monumental loss to the aviation industry.

Reacting to the death which occurred early Wednesday morning, Sirika said that although death is a journey on which everyone must embark at his own appointed time, Usman’s own came at a time the industry needed all capable hands to be on deck to reposition it, considering the depth to which it had descended as a result of the global pandemic.

Captain Muhtar Usman, the Minister said, would be remembered for his contributions to the sector as a pilot, Air accident investigator, industry regulator spanning his time at the defunct Nigeria Airways, Accident Investigation Bureau (AIB) and most recently, at the Nigerian Civil Aviation Authority (NCAA).

He commiserates with the aviation family on the loss of a thoroughbred professional who distinguished himself in his chosen field, the family he has left behind and prays for the repose of his soul.

Nigerianflightdeck is an online news and magazine platform reporting business stories with a bias for aviation and travel. It is borne out of the intention to inform, educate as well as alter perceptions with balanced reportage.
Previous Nigerian aviation loses immediate past Director General NCAA Capt. Mukhar
Next Reps seek returns from other sectors for NIMET services to improve agency’s revenue