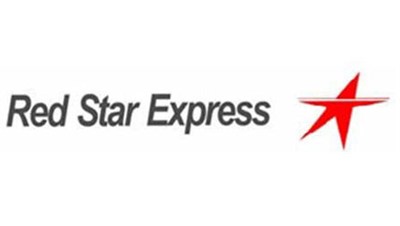 NIGERIA’S foremost indigenous courier and logistics company, Red Star Express Plc has assured its clients and customers nationwide that the closure of the Abuja Airport will not affect its business.

Abuja is a major destination for all courier business. Most packages emanate from Lagos and other economic cities such as Port Harcourt, Kano, Kaduna, Ibadan for next day delivery to the Federal Capital Territory (FCT), while others transit through Abuja to core northern states. The FCT also generates a lot of traffic in terms of shipments going to other regions which makes the Abuja Airport very vital for smooth operations in the courier industry.

In an interview with the Assistant General Manager (AGM) Operations and Services, Mrs. Inemesit James-Okoro, she stated that Red Star Express has in place, modalities that ensure prompt deliveries of client’s packages anywhere in major cities across the country. She explained that apart from the option of land transportation, there are other air services to neighbouring cities around the FCT to facilitate early morning deliveries.

“We are out to provide Speed, reliability and ‘peace of mind’ for customers shipping in and out of the FCT during the closure of Abuja Airport as announced by the Federal Government” she stated.

Red Star Express Group is a premium logistics solution provider in Nigeria with an unrivalled local network coverage and a large market share in the domestic and international market. It enjoys a domestic strength of over 240 offices in Nigeria, delivers to additional 1,800 communities, with over 2,400 highly trained personnel and over 600 delivery vehicles in its fleet. The company has four business units including The Red Star Express which is a licensee of FedEx, the world’s largest express transportation company with over 650 aircrafts and more than 250 delivery destinations globally. FedEx has consistently been rated among the top 10 most admired companies in the world over the past 10 years. Red Star Express has four subsidiaries – Red Star Freight, Red Star Logistics and Red Star Support Services

Nigerianflightdeck is an online news and magazine platform reporting business stories with a bias for aviation and travel. It is borne out of the intention to inform, educate as well as alter perceptions with balanced reportage.
Previous Arik Air, unions resolve impasse, airline resumes operations
Next Emirates introduces attractive fares for Nigerian travelers