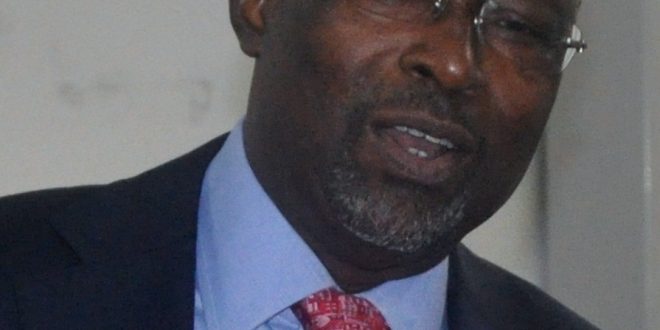 Pilot charges ATCs, other pilots to be professional over the comms system

NigerianFlightDeck 12th September 2018 Aviation News Comments Off on Pilot charges ATCs, other pilots to be professional over the comms system 103 Views

A PILOT at the just concluded Nigerian Airspace Management Agency (NAMA) Stakeholder’ interactive Forum have called on chief pilots to caution their pilots as well as for the agency to do same for Air Traffic Controllers( ATCs) urging them to cut the ‘chitchats’ over the communication systems as it can be distracting.

This is just as they have called for closure of Benin, Enugu and Calabar runways for repairs stating they are in a bad shape.

Captain Chris Najomo of Arik Air who opened up the conversation at the interactive forum commended NAMA for its current advances so far but also charged the chief pilots of airlines to ask their charges to be civil when talking to ATCs urging them to respect the ATCs as 80%of them were not professional or discipline over the radio.

” when a pilot calls ATC and they refuse to answer, another pilot joins in and then another and so it becomes difficult for the controller. Please tell your controllers to at least learn to answer the pilot as soon as they call. We have radar now, so it makes it easy for departure clearances.”

Captain Najomo further criticized the efficiency of departures for aircraft of all types citing some examples. For this, he called on the airspace managers to send their ATCs for On the Job Training in places like Heathrow and New York Airports where they have to deal with a lot of traffic and clear them at quick, efficient intervals.

Responding the NAMA MD, Captain Fola Akinkuotu stated that NAMA was still training and retraining ATCs and the suggested OJT was also being done.

On the Benin and Enugu runway, Captain Najomo said they needed to be closed and resurfaced, he also called for the 2nd taxiway at the Lagos Airport that has been shit down for over 10years to be given attention.

Responding, Minister of Aviation, Hadi Sirika represented by the Permanent Secretary, Alhaji Sabiu Zakari assured that once they carry out investigation, it will be done whether there is budgetary allocation or not.

Tags Pilot charges ATCs; other pilots to be professional over the comms system

Nigerianflightdeck is an online news and magazine platform reporting business stories with a bias for aviation and travel. It is borne out of the intention to inform, educate as well as alter perceptions with balanced reportage.
Previous Air Peace tackles Ojikutu over B777aircraft acquisition remarks
Next Bi-Courtney ‘blackmails’ industry over recall of 20 sacked workers as unions prepare for showdown