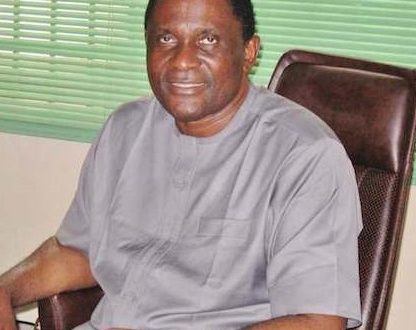 PRESIDENT of Nigerian Association of Tour Operators (NATOP), Nkereuwem Onung has promised to deliver a new more Professional Association at the AGM slated for the 9th of April.  In the mail he shared the message that NATOP has been in transition for years and has grown from 15 professional Tour Operators registered by NTDC in 2011 when other Travel Associations had over 2000 registered members to a National association that is reckoned with by Nigerians and a thing of envy to others with its growing profile in matters of Tourism in Nigeria. According to him, because of the rising profile and the quality of the Tourism experts found in NATOP its membership is now sought after by players in the industry.

Parts of the mail by Mr. Onung reads “Let me use this medium to appreciate all members of NATOP especially the present EXCO for their solidarity and steadfastness that has been exhibited in the past years. It has been a long journey. We picked up an association at a fragile stage with very few members and little visibility and have seen it grow into limelight and prominence to the extent that other associations feel threatened by it. We are thankful to Otunba Segun Runsewe D.G NCAC, then D.G NTDC who in 2011 officially registered Tour operators as professional Tourism practitioners in Nigeria. We have witnessed desperate efforts by some individuals who are not Tour Operators  and  some outside forces attempting to scuttle/ disrupt and hijack the association and crash it. Thanks to a few dedicated members of the association who stood firm, supported and funded the association up until now. I appreciate them. Let me state here that; this is the first time government will be Hosting our AGM with commitment. This should be commended. Plateau State Government, in an attempt to refresh and highlight “Destination Plateau”, has accepted to Host Tour Operators from 7th- 9th of April, 2018. NATOP has agreed to partner with the government to help grow another Tourism Destination in Nigeria, thereby promoting Domestic Tourism. NATOP is a National Association and as such her AGM should be rotated across the country. This will be my last AGM as President, and as such I invite all members to take advantage of the event and promote Tourism in the Plateau.

Abuja is Nigeria’s Federal Capital and should have a strong presence of NATOP. Exco took the initiative to set up a chapter in Abuja. It is the duty of executive to propel the association and Warri/P.H and the South East  are the next in line for inauguration. I want to use this medium to thank Mrs. Fatima Garbati who steered the ship of NATOP in the past and handed over to us. I believe that a new NATOP will emerge after Jos AGM where young professionals will be given opportunity to participate.”

Meanwhile the Commissioner of Tourism for Plateau has reached out to NATOP in support of the AGM. In her message she said. “There is a need for professional Tour Operators to visit Plateau to see for themselves the rich asset we possess and that is why we seek to partner with NATOP. We as a state have been looking for partners to promote and position ourselves and we are delighted that the Professionals are coming. It is our hope that they will enjoy themselves and go home as Ambassadors of Plateau Tourism”.

The leading Tourism Association in Nigeria The Nigerian Association of Tour Operators NATOP  is holding its first AGM in the Northern Part of Nigeria for the first time at Jos. The last AGM was held in Lagos and in Calabar the year before. So, Plateau has the right as the first event outside the South of Nigeria.

The President of the Association Mr. Onung said that the Association chose Jos to reinforce the fact that Plateau is safe for Tourism and NATOP needs to discover and expose new locations to Tour Professionals.  “Nigeria is blessed and Plateau is so Rich in Tourism that we should start repositioning Plateau as a way of growing Tourism in Nigeria”. The Commisioner Mrs. Tamukat Weli said in her message to NATOP President after the postponement of the AGM to the 9th of April. Earlier on The President of NATOP Mr. Onung  was hosted to a reception on a pre event Visit to Jos.

At the reception The Commissioner of Tourism Mrs. Tamukat Weli told the NATOP President that Plateau State is ready to host the biggest Tourism experts in Nigeria and will showcase the best of the Culture and Hospitality of Plateau. The Special Adviser to Governor on Tourism Mr. John Likita Best praised NATOP as a forward-looking association that has come In at the right time to support the efforts of the Government and People of the state. The 2018 AGM is an elective AGM and comes after a very successful year where it successfully hosted a World Tourism Day boat cruise on the Lagos Lagoon and a tour of Epe in Lagos. As part of the 2018 AGM there will be a One day tour of plateau on the 8th of April before the AGM on the 9th at Hill Station Hotel.

It is a ground-breaking event, which among others will celebrate the speedy growth and success of tourism in nation building. And the Plateau state Tourism’s achievement to position itself as a major tourism destination in Nigeria including the NATOP’s contribution to these successes. The theme for this year’s Tourism Conference is: Security Challenges and Promotion of Tourism in Nigeria. A host of seasoned speakers, various stakeholders, captain and practitioners in the industry have been invited to the event. The Nigeria Association of Tour Operators (NATOP) is the national body for all tour operators and those engaged in allied services. It is also devoted to developmental issues in the areas of policies and advocacies, promotion and marketing as well as development of tourist destinations and attractions while it also seeks for creating enabling environment and operating conditions for the business of its members to thrive and engage in activities/events that are geared at adding value to the Nigerian society.

Nigerianflightdeck is an online news and magazine platform reporting business stories with a bias for aviation and travel. It is borne out of the intention to inform, educate as well as alter perceptions with balanced reportage.
Previous FirstNation fights back says EFCC’s allegations dubious
Next NCAA deploys safety inspectors to monitor airlines’ activities