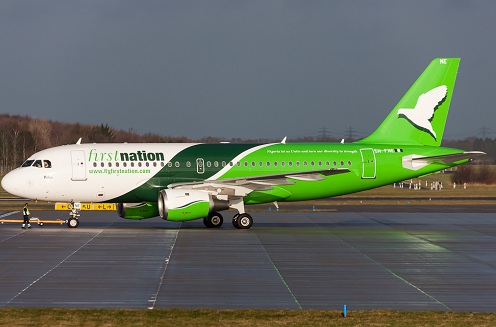 Ojikutu insists on clear criteria for airlines to get zero tariff on aircraft, spares

NigerianFlightDeck 15th July 2016 Aviation News Comments Off on Ojikutu insists on clear criteria for airlines to get zero tariff on aircraft, spares 572 Views

Managing Director of Centurion Securities, Group Captain John Ojikutu (rtd) has said there is nothing wrong with providing succour for Nigeria’s ailing domestic airlines but that government must insist on clear-cut criteria so whatever palliatives put in place do not fall into the wrong hands like the previous ones.

Ojikutu, a member of industry think tank group Aviation Round Table (ART), made his thoughts known via mail while reacting to news of Federal Government’s implementation of zero duties or zero VAT on aircraft and aircraft spare parts announced earlier this week.

According to the outspoken former airport commandant, the country has been giving out financial interventions to the wrong people and airlines and most times without input from the Ministry of Aviation, leading to the money being squandered.

It is against this backdrop he said, “Government, before now, had no criteria to determine who was entitled to intervention funds and debt concession. There were evidence suggesting that the last intervention of over N200bn given to some airlines had no input from the ministry of aviation. A new entrant in the industry with little or no knowledge in the industry at the time of disbursement of the fund, got a substantial part of the fund and shut business thereafter.”

“To now sustain operations in the industry, government must come out with criteria for airlines to be entitled to zero duties or zero VAT on aircraft spares, etc. These must only be for private airlines that have substantially complied with the Nigerian civil aviation regulations especially the commercial regulations; airlines that regularly submits its financial balance sheets to NCAA at the appropriate time for verification; airlines that are not indebted to: safety services providers, insurance, banks, staff salaries, FIRS, victims of aircraft accident, aircraft vendors or lessors, etc.” he suggested.

Ojikutu however cautioned, “Government must be mindful of some aircraft owners who release their private aircraft to certain operators to engage in air transportation for the purpose of hire and reward in public category either for non schedule or charter without holding Air transport licence; these could substantially be in violation of the NCARs particularly part 18.2.2.1 and 18.2.3.1 and should not be in consideration for zero custom duties and zero VAT.”

According to him, no one is adverse to government providing succour for domestic airlines but there also needs to be a proper diagnosis of some of the issues before dangling the same prescriptions for them.

His words,”No one would have problems with government giving a life support to the ailing Nigerian aviation industry, but every discerning mind should question the rational behind the continuous provision of same prescriptions in financial model for same ailment without sufficiently diagnosing the ailment.”

“The financial prescriptions have come in various forms and names; if it was not intervention fund as it was for government operators during Obasanjo/Fani-kayode era and Jonathan/Oduah era, it would be Debt Concession as it was in Yaradua/Njeze era. Today, what is being prescribed is Zero Custom Duties and Zero VAT on private airlines aircraft spares. All these financial prescriptions in 8 years, are only for private operators in the industry.”

“The problems of the industry generally as we know are, poor management structure and lack of adequate skilled manpower, inefficient supervision from field managers and ineffective professionally inclined inspectors to enforce compliance to regulations.”

“On the part of the Nigerian airlines, the problem has always been that of single ownership resulting always to uncontrolled diversion or divestment of funds, especially the generated earnings, from sales including government intervention funds, to private uses and other businesses. These are reasons why there had been no significant improvement in the quality of services provided in air transportation by both public and private operators.”

Nigerianflightdeck is an online news and magazine platform reporting business stories with a bias for aviation and travel. It is borne out of the intention to inform, educate as well as alter perceptions with balanced reportage.
Previous FAAN trains 240 newly recruited employees to enhance safety, security
Next Delta Air Lines announces June 2016 Quarter Profit