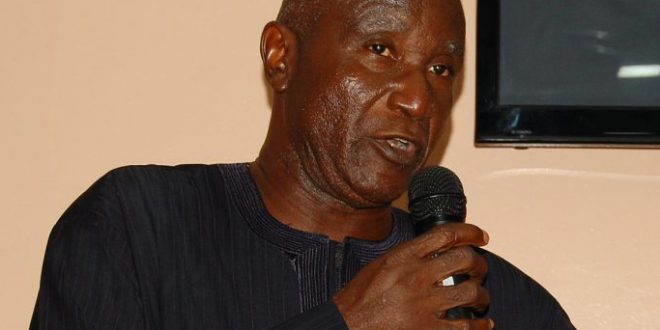 SECURITY expert and consultant, Group Captain John Ojikutu has called for a sterile and tight-knitted airport security and integrated system devoid of outside incursion to increase security at the nation’s airports.

The CEO of Centurion Securities and scribe of the Aviation Round Table (ART) spoke to Nigerianflightdeck.com recently stated that apart from Close Circuit Television (CCTV), physical surveillance and continuous passenger education is needed to ensure a tight airport environment.

According to him, the airport authority FAAN does not control any of the security apparatus’ at the airports as they answer to their various commands and so cannot make security decisions on their own.

He further said that security-wise the way the nation’s airports environments are structured and where they are situated does not help as they are within uncontrolled urban development and complicated road network.

“Most of our airports, particularly Lagos, Kano, and many others are situated within uncontrolled urban development and complicated road network. The airport master plan has been variously distorted that you do not differentiate airport buildings from public or private buildings.”

“Secondly, Lagos MMA in particular has turned its airport service road to public road and the only surveillance on it is the toll gate. Thirdly, there are many trade hawkers and people whose means of livelihood and background cannot be determined around the airports.”

On the security agencies around the airports he said:

“Many and various security agencies under different command and control; how do you identify perpetrators in any of the agencies uniform with bad intentions at the airports? How many airport workers including car hire services drivers can the security identity? Can the various security services sufficiently identify themselves?”

“In 1992, persons in police uniforms were regularly coming to the airport to ‘arrest’ supposedly fraudsters who duped some other persons arriving on board international flights, when in fact they were giving escort and bodyguard to drug traffickers.”

“These are open gaps in the structures of the environment and security systems in place. You need more than cctv; you need regular passengers education, physical surveillance, maintenance of regulations on environmental standards, a central command and control for security agencies. Etc.”

Nigerianflightdeck is an online news and magazine platform reporting business stories with a bias for aviation and travel. It is borne out of the intention to inform, educate as well as alter perceptions with balanced reportage.
Previous Sun International, City of Tshwane promises superb World Choir Games experience for West African travellers
Next ISIS threat: FG directs security agencies to heighten surveillance at airports