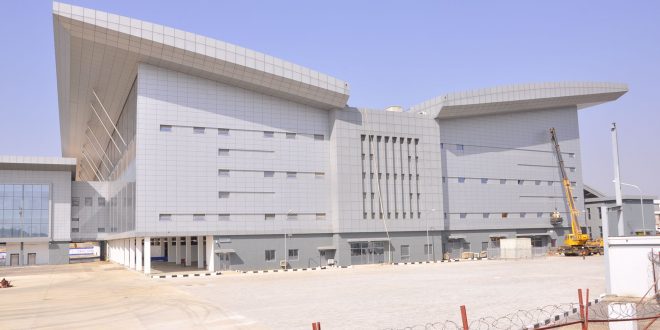 MAJOR challenges ranging from the need to provide capacity for the biggest modern aircraft; provision of adequate power supply to ensure all facilities are put to use and the relocation of the Control Tower and the Fire Service Stations in Abuja are some reasons why government is seeking approval for additional $461.8m loan.

Minister of State, Aviation Senator Hadi Sirika, who made the explanation said it would help hasten completion of the new terminals under construction across the country.

Sirika said the challenges encountered in the process of building the new terminals included change in the structural design of the airports, foundation footing and escalators.

He said, “Other challenges are, provisions for the biggest modern aircraft; change in departure and arrival floors to rhyme with the railway station; provision of adequate power supply to ensure all facilities are put to use and the relocation of the Control Tower and the Fire Service Station.

“The above has resulted in the need for variation and additional works to the tune of $461,795,551, which has been approved by the Federal Executive Council.

“The China Exim Bank has indicated willingness to consider funding the above additional works and we have written to the Ministry of Budget and National Planning to provide for the sum of $73,887,288.16 (N22,535,622,888.00 at N305 per USD) as counterpart fund in 2019 outside the ministry’s proposed FGN Budget.”

He explained that the required amount was in addition to the $500m loan already received from China Exim Bank, which, according to him, was not enough to tackle some challenges encountered in the process of building the terminals.

According to him, the airports being worked upon were already wearing new looks befitting modern airports while two of the new terminals, in Port Harcourt and Abuja, have been inaugurated and are already in use, while Lagos and Kano will be completed shortly.

Sirika also told the Senate Committee that adequate provision had been made to complete the new terminal buildings at Akanu Ibiam International Airport, Enugu.

He solicited the support of the National Assembly and other stakeholders to ensure all needed equipment necessary for safety and security were provided to meet the standard and recommended practices as outlined by regulatory aviation bodies.

The minister said N47.5bn was being proposed for capital expenditure at the ministry’s headquarters.

He said the amount would be used in sustaining infrastructural renewal at the airports by driving the remodelling projects to upgrade air navigational equipment, safety and security infrastructure.

Nigerianflightdeck is an online news and magazine platform reporting business stories with a bias for aviation and travel. It is borne out of the intention to inform, educate as well as alter perceptions with balanced reportage.
Previous Emirates gives Nigerians special offers with hotel stay
Next NAAE to tackle cyber threat at annual symposium, hosts Biennial General Meeting