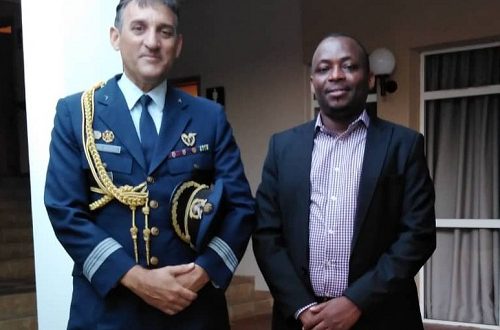 COMMISSIONER Banjul Accord Group Accident Investigation Agency (BAGAIA), Engineer Charles Irikefe Erhueh has highlighted plans to work with member states of the group to strengthen its systems and capacities to enable the body independently carry out its mandate in a more efficient manner.

The new BAGAIA commissioner made this known at the fourth BAGAIA meeting held on the 29th-31st October, 2019 in Cape Verde where he called for cooperation and stated that the group will work to earn the confidence of all member states and bring all enlistable states on board through proactive inclusiveness.

Erhueh took over as BAGAIA Commissioner from Mr. Caj Frostel who is a seasoned accident investigator said that he understood the funding challenges some states might have but stressed that it was important that these states see the importance of BAGAIA to be part of the agency, which has served the region well over time.

Erhueh stated,“I harbor no illusions about the high challenges of leading a multi-lateral, multi-national, multi-lingual highbred organization like BAGAIA. I can only hope for the support and cooperation of all stakeholders, council of ministers, and of course my colleagues in Cape Verde.”

He said, “My job is to work with member states to strengthen its systems and capacities to be able to independently carry out its mandate in a more efficient manner. My job is to make sure we have more members – and we are going to begin with reaching out to other countries in Africa. We shall work assiduously to earn the confidence of all member states and bring all enlistable states on board through proactive inclusiveness.

“My job is to make sure that capacity is built among members’ states – and we start by coming up with training programs that will give each member state at least the basic or foundational knowledge in accident investigation so that when accident or serious incident occurs, members’ states are more prepared and aware of handling the occurrences.

“My job is to ensure accessibility in areas of information and knowledge exchange. We will create platforms for member states to get first-hand information that may become useful for improving respective Aviation industry.

“I can continue to list and itemized the proposed agenda but those I have highlighted you will agree borders around issues that must be addressed immediately- capacity building, increase in number of members, accessibility of data and information to members.

“I recognize that funding maybe an issue as there are outstanding payment from some member state but the truth is as BAGAIA we need to create essential benefit for members’ states to see reasons why it important to be part of BAGAIA. Everyone knows the values that BAGAIA represents but it is time to let people see those values and from today work begins.

According to the BAGAIA Commissioner, the time has come to act, to take decisions, to give strong leadership and to change agency for the better.

He thanked the Commissioner of the Accident Investigation Bureau (AIB), Engineer Akin Olateru, who according to him has changed the ideology behind accident investigation with a deep sense of public service as well as the Minister of Aviation, Senator Hadi Sirika for his release on the assignment.

Nigerianflightdeck is an online news and magazine platform reporting business stories with a bias for aviation and travel. It is borne out of the intention to inform, educate as well as alter perceptions with balanced reportage.
Previous Events that sparked up the week: BAGAIA, NCAT, FAAN and others
Next Elumelu stresses great investment prospects in emerging markets at Ambition Africa Conference