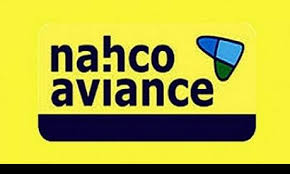 THE Nigerian Aviation Handling Company Plc (NAHCO) has issued a disclaimer over allegations leveled against the handling company by former Managing Director of its subsidiary, NAHCO Free Trade Zone Limited Mr. Baba Yusuf who is also the centre of a law suit

According to the handling company its operations, contrary to what the erstwhile managing director has been touting around, are highly regulated by the Nigerian Customs Service, Nigeria Drug Law Enforcement Agency (NDLEA), Department of State Services (DSS), Nigerian Police Explosive Units, amongst others

NAHCO PLC in a disclaimer signed by the Group Managing Director and Chief Executive Officer, Olatokunbo Fagbemi also advised the media to disregard such statements emanating from the former managing director as he is aggrieved

The disclaimer read,”The attention of the management of Nigerian Aviation Handling Company Plc (NAHCO) has been drawn to a media report in Africa Independent Television, also known by its acronym AIT 8pm News of Wednesday 14th of October, 2020 where the erstwhile Managing Director of our subsidiary, NAHCO Free Trade Zone Limited, levelled grievous and unfounded allegations against NAHCO.

“We wish to draw the attention of the General Public to the fact that our operations are properly regulated by the relevant regulatory and governmental agencies, such as Corporate Affairs Commission, the Securities and Exchange Commission (SEC), Nigerian Customs Service, Nigeria Drug Law Enforcement Agency (NDLEA), Department of State Services (DSS), Nigerian Police Explosive Units, amongst others.

“Our leadership in the nations Aviation Ground & Cargo Handling business have been unparalleled with three subsidiaries namely: NAHCO Free Trade Zone Limited, Mainland Cargo Options Limited and NAHCO Energy Power and Infrastructure Limited; and the Company has continually shown the way in this critical service sector through its many first achievements in the Nigeria aviation industry with over 40 years corporate organisational goodwill employing over 2000 Nigerians, as such, NAHCO will not succumb to blackmail.

“This is to further notify the general public to disregard, and media houses to be wary of being employed to promote or circulate any publication whatsoever emanating from the aggrieved erstwhile Managing Director of our subsidiary, NAHCO Free Trade Zone Limited who despite having initiated a Petition which the various agencies upon carrying out independent investigations found unmeritorious; of which, the propriety of its further investigations by the House of Representatives of the National Assembly’s Committee on Public Petitions and Presidential Committee on Trade Malpractices is the fulcrum of Suit No: FHC/L/CS/725/2020 NAHCO PLC & ANOR VS. MR BABA YUSUF & ORS before the Federal High Court in Lagos has continued to spread unfounded allegations against NAHCO.”

Nigerianflightdeck is an online news and magazine platform reporting business stories with a bias for aviation and travel. It is borne out of the intention to inform, educate as well as alter perceptions with balanced reportage.
Previous Unions allege Chinese debt on airport terminals grown to US$1billion
Next Sirika visits Caverton Helicopter simulator facility