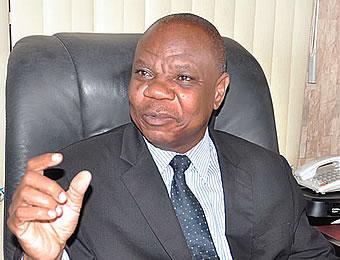 ACCUSATIONS and counter accusations are the order of the day at the Accident Investigation Bureau (AIB) as the National Association of Aircraft Pilots and Engineers (NAAPE) have accused the Bureau’s commissioner, Dr. Felix Abali of what they described as assault and victimization.

This is just as a source close to the AIB has dismissed the claims stating that the unions are not being truthful in the matter and are being disrespectful to constituted authority.

The whole brouhaha is connected to the alleged ‘elevation’ saga of Air Transport Senior Staff Services Association of Nigeria (ATSSSAN) President, Benjamin Okewu and has led to a crack between management and NAAPE, AIB Branch.

Nigerianflightdeck.com found out that Chairman and Secretary of NAAPE AIB Branch, Engineer Alao and Charles Erikete were subject to the alleged victimization by the AIB boss who also allegedly physically assaulted the union’s secretary by shoving him.

Our correspondent gathered that two days ago both Chairman and Secretary took permission from their Director of Engineering who approved said request only for the AIB commissioner to come down from his office to ask in particular for the two of why he was told that they were out.

Abali, according to information, also repeated the feat the next day and this time, he met with the unionists and demanded where they were, only for the respondents to refer him to their director stating that they took permission.

The AIB Commissioner was angry and gave them 30minutes to tell them where they went and while trying to go out he was said to have pushed the secretary who wanted to open the coded door for him.

The unions alleged that the AIB commissioner was using intimidation tactics to look for flaws to enact punitive measures against them stating that it took the intervention of a senior engineer, Engineer Roland to maintain the calm.

The unions have reported this to their national body who feel that the AIB helmsman is reacting to reports of his alleged involvement in what the unions feel is a violation of service rules by seconding the ATSSAN president and promoting him.

However, another version of the story gotten from a source close to management said that the AIB commissioner went down to the office while he was going round to inspect works around the bureau and noticed the missing unionists.

According to the source, the commissioner came back the following day and met the missing unionists and demanded to know where they went and got the response that he should ask their director who approved their request.

On the alleged assault, the source said that some departments are accessed through coded key cards but that the AIB commissioner’s card can access them all but was surprised when his card could not grant him access or exit.

The source said when the AIB boss tried to exit the department he could not and when one of the unions tried to help him out, he asked him not to as he alleged he was rude to him but the other still tried to and at that point he was stopped that was when he started alleging assault.

Nigerianflightdeck.com also learnt that the Director of the Engineering department in question is pleading on behalf of his subordinates knowing the implication of their action but this claim has been refuted by the unions who say that they have been asked to just go and appease the commissioner which will only implicate them for a wrong doing which was hitherto not there.

Nigerianflightdeck is an online news and magazine platform reporting business stories with a bias for aviation and travel. It is borne out of the intention to inform, educate as well as alter perceptions with balanced reportage.
Previous NAHCO facilitates lifting of thousands to hajj from 10 airports, assures investors
Next EFCC collects BVN details of FAAN directors, audit head over N70 million fraud