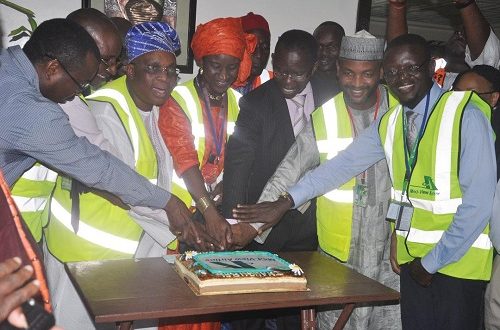 MANAGING Director of Med-View Airline, Alhaji Muneer Bankole has said the implementation of the Yamoussoukro Declaration is of great benefit to the airline especially as it has started the integration of the West African region which has the potential to provide a vast market for air travel with it’s over 300million population across board.

Bankole said this in Dakar, Senegal last Friday when the airline started operating into three French-speaking West African countries stating that Med-view’s foray into the Abidjan, Conakry and Dakar brings to seven the countries in the Economic Community of West African States (ECOWAS) region that it operates and will provide the springboard for their international operations.

“I just want to inform you for record purposes that ECOWAS is over 300 million people and you can remember that population is the market. And two, what we have mentioned to bring everyone together from the point of departure to go to the West African countries. We have mentioned seven, we are in Ghana, we operate to Monrovia, we operate into Freetown, we are here (Senegal), we are in Conakry we have a base in Togo.”

“Our drive is to network the entire West African region as one entity and bring them together and make an inroad into Dubai and to Jeddah which we know from here we have almost 99% our Muslim family. We have a focus, we have the direction and from here we can encourage ourselves to develop together.’

The Med-view boss commended the Senegalese government on the construction of their new airport stating that Med-view will be part of success story.

“we are proud and we want to thank the President of this country for building a new airport, it is a drive for every one of us, we are proud to be associated with the ongoing development and we will be here (Insha Allah) when the airport is commissioned.”

On passenger expectation of the airline, Bankole stressed the airline’s service excellence stating that it has stepped up the game on the international route with its service.

“We are known for customer satisfaction at Med-View, our on-time departure is not negotiable and for those who fly us, we are not only a regional carrier but we have four flights to the United Kingdom using Gatwick as our base. We also have four flights to the Kingdom of Saudi Arabia and by God’s grace come December 7, we are hitting Dubai Terminal One. Same time we are looking at the United states come summer.”

Nigerianflightdeck is an online news and magazine platform reporting business stories with a bias for aviation and travel. It is borne out of the intention to inform, educate as well as alter perceptions with balanced reportage.
Previous NAAE assures airspace users on functionality of NAVAIDS
Next Ex-Nigeria Airways Pensioners call PICA out over delay In N45bn arrears payment