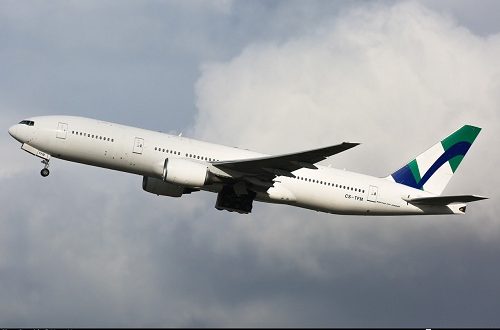 OVER 3000 pilgrims from Kaduna, Maiduguri and Lagos State have so far been airlifted by Med-View Airline to Saudi Arabia for the 2019 Hajj out of about 7000 the carrier would convey

Managing Director/Chief Executive Officer of Med-View Airline PLC, Alhaji Muneer Bankole who disclosed this at the weekend advised pilgrims performing the annual pilgrimage exercise to pray for Nigeria to overcome its security challenges.

He spoke on Sunday during the 2019 Hajj seminar for intending pilgrims organized by Med-View Travel Konsult, an arm of Med-View Airline. The Konsult is expected to airlift about 230 pilgrims to the holy land.

Bankole explained that the airline as one of the official carriers of the Federal Government is expected to airlift pilgrims from 16 states comprising Kaduna, Yobe, Ogun, Ondo, Ekiti, the South-South and South-East and the Armed Forces.

The airline, he added, would also airlift over 1000 ‘international’ pilgrims from Kano for the Tour operators. He said Med-View Konsult had simplified Hajj process by supporting the pilgrims with a medical team, a Ulama (Islamic clerics) delegation and other services to make their stay comfortable.

He said, “We have been consistent and it has been God’s guidance. Allah has made it possible, made it simpler in spite of all the odds and challenges. There are a lot of challenges there but he has simplified it.

“Today, we are number one in Hajj. We have been there consistently. As I am sitting there, I did three flights yesterday. We carried Yobe, over 1000 pilgrims. The aircraft departed midnight. I left Yobe and moved to Ogun state to carry the remaining pilgrims in Ogun with Ondo and Ekiti.

“In Kaduna, I have airlifted over 2000 pilgrims out of Kaduna to Saudi Arabia. All, I am hitting about 6000 to 7000 for the main Hajj. Then, I will be airlifting the international pilgrims and other West African countries.”

Bankole urged the pilgrims to, while praying for themselves and their families in the holy land, remember their country in prayer to overcome its many challenges.

Nigerianflightdeck is an online news and magazine platform reporting business stories with a bias for aviation and travel. It is borne out of the intention to inform, educate as well as alter perceptions with balanced reportage.
Previous NCAA certifies Air Peace fleet air worthy after comprehensive audit
Next Air Peace: FCAN advises non-professionals on accidents investigation speculations