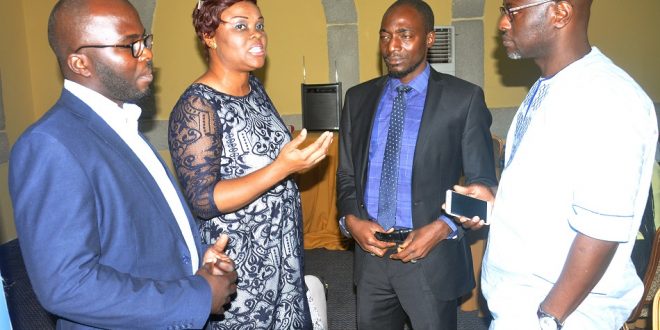 TRAVEL agents have been urged to make possible for Nigerians to travel using the country’s airlines as it would favour them too in the long run especially as Nigerian carriers understand the rules of the games and provide them service and commission with minimal cost.

Managing Director of Med-View Airline, Alhaji Muneer Bankole made this known today during a meeting with the travel agents at the NICON Luxury Hotel in Abuja, restated that the airline will commence operations to Dubai On December 7, 2017.

Bankole who was represented by the Executive Director Business Development and Commercial, Mr. Isiaq Na’Allah stated that the key index for meeting its partners; travel agents was to discuss how to work together in the interest of passengers.

According to him, travel agents plays a vital role in the aviation business, as they are the first people passengers come in contact with when they want book their flights.

Speaking further Na’ Allah said that the airline knows the value of the travel agents and contributions towards making passengers booking seamless, adding that travel agents also take certain percentage of the sales.

He said, “The key index is for us to partner and work together in the interest of passengers. Make it possible for Nigerian to travel using local airlines. Most of the fares charged by foreign airlines are exorbitant compared to that Med-View Airline.”

The Executive Director Business Development stated that foreign airlines give travel agents zero commission, assuring them that Med- View Airline was ready to provide them service and commission with minimal cost.

According to him, “We will offer you service at a minimal cost with commission. We are delighted that you are here today. We value you and we urge you to speak with open mind on issues bothering you as partners in progress.”

He continued, “We have done it in Lagos, we are doing it here in Abuja now and we are taking it to Kano. We are doing this becuase we recognise your importance.”

Earlier, Med- View Airline, Country Manger in Dubai, Mr. Ndukodon Phineas Bongi said that Medview Airlines has a lot to offer its passengers on the Dubai routes, urging passengers to take advantage of the airline’s commencement of flight operations in December 7,2017.

Dubai , the Country Manager hinted is one of the popular destinations in the world, has the tallest building in the world and that it is safe and secure, adding for these reasons and many more, passengers have reasons to ‘Think UAE’

Other qualities which Dubai has, which the airline listed includes: huge range of hotels from budget to supper luxury, verities of excursion, tours and services.

Ndultodion added the Med-View Airline Holiday also have offers for both kids and family, just as he advised passengers to use the opportunity of the airline’s flight to savour Dubai.

Med-View Airline, he stated would assist passengers in planning for shopping in Dubai, and that the airline would also provide passengers with enhance baggage and special excess baggage rate.

Some of the travel agents, who spoke at the August meeting appealed to Med- View Airlines to increase the commission paid them, as that would further make them sell more of the airline’s tickets.

They also appealed to the airline to give access to travel agents to re-route and above all take them as partners in progress.

Nigerianflightdeck is an online news and magazine platform reporting business stories with a bias for aviation and travel. It is borne out of the intention to inform, educate as well as alter perceptions with balanced reportage.
Previous Emirates celebrates acquisition of 100th A380 to its fleet
Next Ethiopian Airlines lands Boeing 787-9 with 177 passengers at NAIA