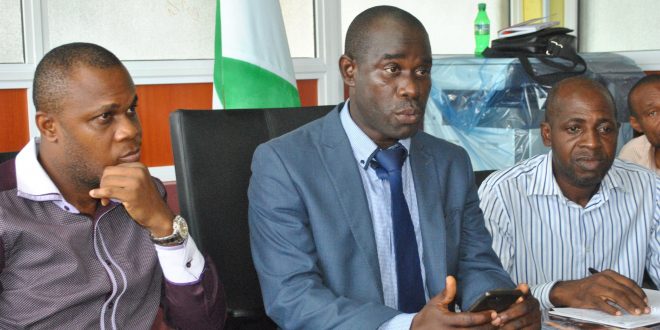 THE League of Airports and Aviation Correspondents (LAAC) on Thursday elected new officials that will take charge of the affairs of the association for the next three years with Mr. Olusegun Koiki emerging the new chairman of the league.

In his speech, the Chairman of the Electoral Committee, Mr. Lawani Mukairu while announcing the results of the election said that the committee decided to adopt the open-secret ballot system in order to ensure transparency, which he said was achieved by the team.

Also speaking, the immediate past Chairman of the League, Mr. Chuks Iwelunmo, congratulated the new executive members and urged them to work as a team.

Iwelunmo praised all participants for not playing politics of bitterness throughout the campaign period and called on the Nigerian government to learn from the successful conduct of the election of the league.

He promised to continue to render his services to the new executive members when the need arises, saying that: “I am always available to assist you whenever I am called upon to do so. No man is an Island, you cannot do it alone. In my personal capacity, I will ensure that you do not fail.”

He further called on all members of the League to support the new executives, stressing that with their unalloyed supports; the entire League would impart and impact more on the industry.

An observer, Engr. Shery Kiyari, commended the electoral committee for conducting a free, fair and transparent election and also lauded the contestants for conducting themselves in a manner that portrays professionalism, stressing that Nigeria could borrow a leaf from the league on how to conduct open and fair elections.

He charged all the elected executives to carry all the members along in a bid to achieve success.

In his acceptance speech, Koiki, promised to entrench professionalism among his members and promised to ensure transparency in the piloting of the affairs of the association.

He called on members to work as a team, stressing that with this, success would be achieved.

Also, present to monitor the keenly contested election were officials from the Public Affairs Department of the Nigerian Airspace Management Agency(NAMA).

Nigerianflightdeck is an online news and magazine platform reporting business stories with a bias for aviation and travel. It is borne out of the intention to inform, educate as well as alter perceptions with balanced reportage.
Previous Emirates recommences Nigeria service increases flight, offers Special Fare to Dubai
Next Nigeria makes history as first country to host IWAF November 20-22