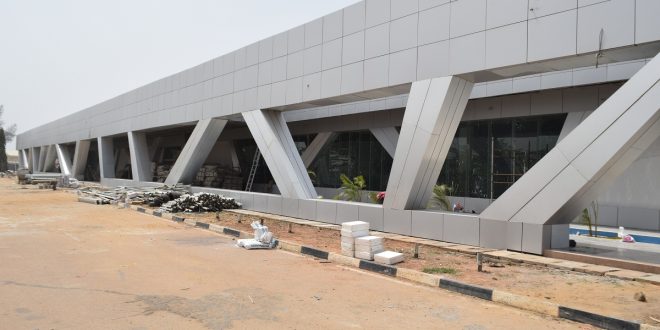 Kaduna Terminal building ahead of the shutdown of the Abuja Airport

Both made the submission while responding to questions from aviation correspondents on site for inspection at the airport  stating that the airport will be ready before the February 28 completion date  and that the capacity of the airport has been improved to accommodate any wide bodied aircraft and other facilities put in place.

According to Ozi-Salami, the runway was in perfect condition while the capacity of the airport had been enhanced to accommodate any type of aircraft.

She disclosed that the lightning of the runway would be completed during the week as well as enhancing the needed manpower to meet the operational needs during the six weeks period. 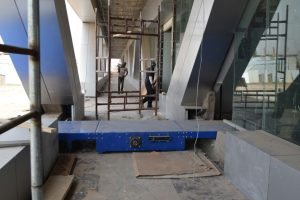 Ozi – Salami  said that the fire and safety equipment as well as the navigational equipment of the airport were being  upgraded in line with the International Civil Aviation Organization (ICAO) standard.

“We are going to also boost the manpower by deploying staff from Abuja to Kaduna and we are bringing in 40 fire and safety staff and 57 security staff.

“The management has been making effort to stop villagers around the airport from trespassing and the state government has started working on the vandalized portion of the perimeter fencing. With the synergy among the security agencies, the issue of security has been taken care of,” she said.

Also speaking in an interview, Mr Kazeem Keji, the project engineer to the contractor handling the new terminal building project at Kaduna International Airport, Dari Investment Limited, disclosed that the project was 92 per cent completed and will be ready by the end of February.

Keji said that the target of the contractor was to complete the project before the end of February, adding that the deadline for the completion was Feb. 28.

He explained that the major component of the project had been completed, the fittings, lightning and the ceiling would be fixed during the week.

“We are not looking at the March 8 date, our deadline for completion is February ending and we are going to finish it. We have done the major part of the project, it is only the fittings that we are expecting to be delivered after which the ceiling will be fixed,” he said.

At the fire tender, Alhaji Abubakar Danladi, Head, Fire and Safety, said that three fire tenders were functional, while others were being repaired stressing that the authority would also provided additional new ones to help them to attain “Category 9”.

According to him, they  were expecting more support from Abuja with additional manpower.

The Air Traffic Controller on duty, Mr Jatau Nehemiah, disclosed  that communication equipment and other navigational aids were being deployed for effective operation during the period.

Nehemiah said that more equipment were also being installed, assuring that the facilities on ground were adequately enough to cater for all kinds of aircraft.

Nigerianflightdeck is an online news and magazine platform reporting business stories with a bias for aviation and travel. It is borne out of the intention to inform, educate as well as alter perceptions with balanced reportage.
Previous AfBAA, NBAC co-hosts West African Business Aviation Symposium
Next Arik suspends international flights to London, Jo’burg, apologizes to passengers