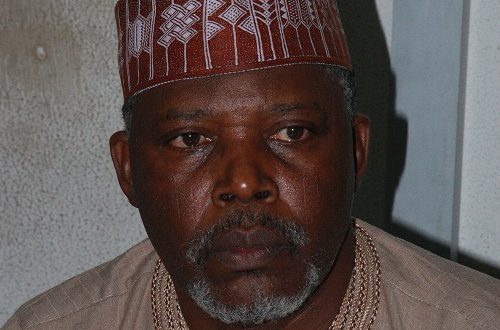 JET A1 (aviation fuel) scarcity in the domestic market may have marred the inbound airlift of hajj pilgrims from Saudi Arabia by Nigerian carriers.

Aviation fuel, which according to reports have been scarce since the beginning of the week, affected the outbound flight of Skypower Express Airlines, a charter operator in the hajj exercise.

At least, about 265 pilgrims of the carrier were delayed at Saudi Arabia airport as the airline could not purchase fuel in Nigeria as confirmed by the Chief Executive Officer (CEO) of Skypower Express Airlines, Capt. Muhammed Joji.

According to him, attempts to purchase fuel in Lagos and Kano were futile, but explained that the airline eventually bought the product at very exorbitant rate, which enabled the airline to continue with the second leg of the exercise.

He explained that at least, 265 pilgrims of the Carrier were airlifted out of Saudi Arabia on Thursday night with a Boring 777 aircraft leased from a local operator.

He further explained that another batch of 265 pilgrims would be airlifted back to Nigeria on Saturday.

He lamented that the scarcity of the product in the local scene was affecting flight operations in the industry and called on the government to make the product available to airlines.

He said: ‘It is unfortunate that we don’t have fuel anywhere in Nigeria. We tried to get in Lagos, Kano and other airports, but we couldn’t get any. This unfortunately, affected the airlift of our pilgrims back to Nigeria from Saudi Arabia.

‘But, the issue has been resolved as we were able to bring in 265 pilgrims on Friday morning with a B777 aircraft. The aircraft has since return to bring back the same number of our pilgrims.

‘I think this is sabotage. How can a country have three refineries and can’t get aviation fuel to supply to its airlines? Apart from local operators, other foreign carriers operating into Nigeria are equally faced with the same challenge. It’s high time we settled this issue one and for all.’

A source in Saudi Arabia had confided in our correspondent that at least 275 pilgrims of Skypower Express Airlines were stranded at the King Abdulaziz International Airport, Jeddah without immediate solution to their challenge.

Some of the Pilgrims according to our source moved to Jeddah for return leg at 12am on Wednesday, which failed.

Nigerianflightdeck is an online news and magazine platform reporting business stories with a bias for aviation and travel. It is borne out of the intention to inform, educate as well as alter perceptions with balanced reportage.
Previous FG directs immigration to strategize on efficient border control
Next Events that sparked activities this week in pictures