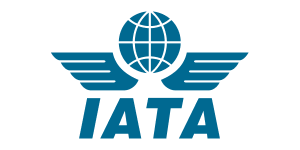 INTERNATIONAL Air Transport Association (IATA), the global clearing house for over three hundred airlines has said Nigerian government has encouraged foreign airlines by releasing $265million being part of the over $464 million funds belonging to the foreign airlines trapped in the country.

According to Alawahdi “IATA welcomes the Nigerian Government’s release of $265m of airlines’ blocked funds. We will continue to engage with it on expediting the release of the remaining amount so that airlines can continue providing the connectivity Nigeria requires without disrupting and harming its economy and jobs.

“We encourage other countries, in Africa and elsewhere, that are blocking the repatriation of foreign airlines’ funds, to follow Nigeria’s example and release the money they are withholding. Without it, airlines cannot afford to serve those countries. This would be detrimental to the people and businesses that depend on the market connectivity those airlines provide.

“IATA speaks and leads the industry on matters of common interest. While IATA cannot speak for individual airlines, we hope the release of blocked funds with assurances and safeguards to prevent a recurrence, will persuade affected carriers to continue serving Nigeria.”

Following the release of the $265 million of the funds, Nigeria still has an outstanding of over $300 million to pay the foreign carriers.

As previously reported by IATA, other African countries that are still indebted to the foreign carriers include Zimbabwe $100m, Algeria $96m, Eritrea $79m and Ethiopia $75m

Nigerianflightdeck is an online news and magazine platform reporting business stories with a bias for aviation and travel. It is borne out of the intention to inform, educate as well as alter perceptions with balanced reportage.
Previous Green Africa launches daily flights between Benin-Lagos, Abuja from Aug 30
Next Airlines owe NCAA, FAAN N42 billion, $7.8 million for charges, services rendered