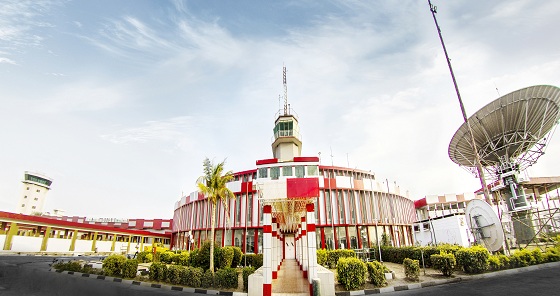 One of the traffickers,  56-year-old Mrs. Adebuke was Lagos-bound on board an Azman Air aircraft with a six months old baby while her cohort was waiting at the departure both have been handed over to the police and National Agency for the Prohibition of Trafficking in Persons (NATIP) for further investigation and prosecution.

A source who spoke to Nigerianflightdeck under conditions of anonymity, explained how men of the FAAN AVSEC apprehended the suspects stating that the 56-year-old woman was with the baby trying to access the screening point with the baby.

The officers on duty profiled her and started asking her questions on the parentage of the baby and to their surprise her story kept on changing and so they marked a red flag.

“Its unusual seeing an old lady travelling with a baby at the screening point and so we profiled her by asking first who owns the baby, she said the baby was hers and so we asked her to breastfeed the baby and she refused stating that the baby was on supplements, this piqued our interest further

“When again we asked who the baby belonged to, she said it was hers that the baby was adopted and so we asked her for the name of the orphanage or where the baby was from she could not provide that either, neither could she provide the documents for adoption

“Further questioning led her to tell us the baby’s mother’s name was Emilia Owolabi and she was seated at the Departure lobby of the Kano Airport. This led to aviation security apprehending Mrs. Owolabi, the suspect’s accomplice

Both women were handed over to the Police and NATIP, another agency with jurisdiction and statutory rights in human trafficking matter was called in.

Nigerianflightdeck is an online news and magazine platform reporting business stories with a bias for aviation and travel. It is borne out of the intention to inform, educate as well as alter perceptions with balanced reportage.
Previous NCAA introduces ECCAIRS, new format for bird, wildlife strike reporting
Next Air Peace bags Company of the Year Award