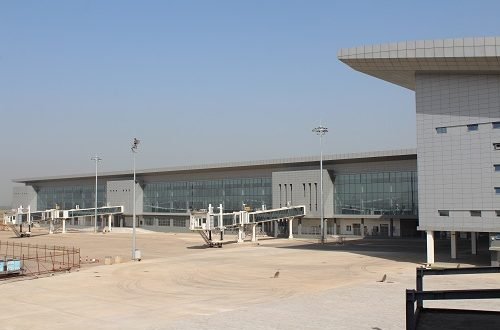 If everything goes according to plan, the commissioning will be the second of the four terminals expected to be commissioned and put to use to increase capacity having commissioned PHIA on October the 25th.

The project which commenced in 2014 is funded by China EXIM Bank for $500million and counterpart funding from Nigeria of $100million. The project was expected to be delivered in two years but currently being delivered.

The Nnamdi Azikiwe International Airport main terminal and Port-Harcourt aretwo of the four airport terminals funded from the China EXIM bank facility to the Nigerian government.​

Based on inputs from the Client and the stake holders, the total floor area of the proposed Abuja terminal building was increased from approximately 42,000sq.m to approximately 56,000sq.m.

Nigerianflightdeck is an online news and magazine platform reporting business stories with a bias for aviation and travel. It is borne out of the intention to inform, educate as well as alter perceptions with balanced reportage.
Previous NCAA to review videos on social media as it investigates Air Peace’s oxygen mask incident
Next Nigerian Immigration Service tops MDAs in compliance, delivery of EO 001 at airports