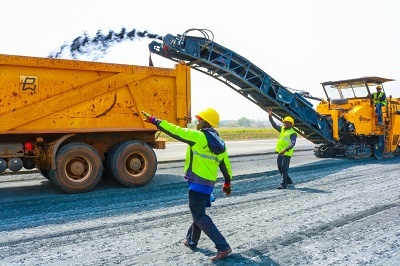 FEDERAL Government, has given August 30, as new date for the reopening day for the Akanu Ibiam International Airport, Enugu.

Minister of Aviation, Senator Hadi Sirika disclosed this after an emergency inspection tour of the facility where he revealed the runway reconstruction was 95% complete

The Minister also stated that the perimeter fence of the airport had been constructed and the airfield lightings fixed.

The airport runway project commenced last year as Federal government on November 7, 2019 announced it has mobilized contractor PW to site with completion slated before easter of this year but unfortunately due to the outbreak of the covid-19 pandemic the work was halted on March 31, 2020.

However, on June 1, with the announcing of the ease of lockdown, the minister also announced that the contractors handling the runway will be demobilized to site.

The minister on arrival at the airport also held a lengthy meeting with the contractor, officials of FAAN and the Enugu State Government.

He assured that the new day was achievable given the less of work left to be done.

Nigerianflightdeck is an online news and magazine platform reporting business stories with a bias for aviation and travel. It is borne out of the intention to inform, educate as well as alter perceptions with balanced reportage.
Previous Nigeria to review unfavourable air agreements- Foreign affairs
Next COVID-19 VIP Violations at Kano Airport: FAAN knocks former Governor Yari