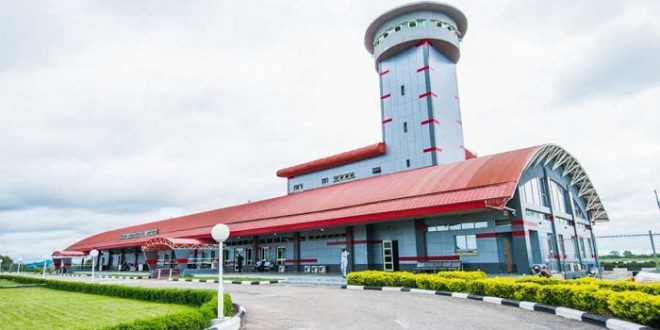 THE media report of an Air Peace crash has continued to stir up reactions with most of them enjoining the fourth estate to be circumspect and always clarify things before they publish as what they give the general public to consume especially in Aviation must be accurate so as not to create panic.

Overland Airways have also criticized the paper where the original report was published for depicting the crash story with a picture of its aircraft alleging that the harmful intention of the newspaper in the incident was malicious and has demanded a n apology and a corrigendum.

According to the CAA the  aircraft belonging to Air Peace B737-500 with Registration Mark 5N-BQR had 66 passengers and 6 crew members onboard  not even 133 as falsely reported to create unnecessary panic, passengers it said were disembarked without any issues whatsoever on the same day being the 23rd of July, 2021.

The NCAA said,”We want to urge our media partners to inculcate professionalism and avoid false news which will harm our blossoming reputation. NCAA is committed to ensure safe and secure air transport in Nigeria and will stop at nothing towards ensuring our over eight (8) years of zero accident, no fatality in scheduled flight operations continues.

Meanwhile, after 24 hours partial shutdown of Ilorin International Airport runway, normal flight operations resumed on Sunday with large crowd of passengers at the airport as the aircraft was evacuated on Saturday afternoon.

Head of Corporate Affairs of the Federal Airports Authority of Nigeria (FAAN) at the airport, Adeyeoluwa Oluwakayode who confirmed that flights have resumed at the airport said three flights operated on Saturday.

He like everyone else, dismissed report of plane crash in Ilorin, saying what happened was a mere tyre burst which was salvaged by the airport Authority, the airline and other stakeholders.

He said, “We had an incident on Friday when one of our flights had a tyre burst, that’s exactly what happened.

“Now we are already flying. After the incident, the airport and the airline and other stakeholders, we tried as much as possible to evacuate the aircraft.

“The aircraft has been evacuated away from the runway. Yesterday we had three Overland flights to salvage the situation. And I can tell you this morning that Air Peace flight has arrived from Lagos and departed to Abuja. They are going to do two flights to Abuja.

“I was surprised when I saw it all over the place; they are talking about plane crash. There was no crash, nothing happened to any of the passengers. The passengers were hale and hearty, they alighted from the aircraft safely and peacefully, they left and departed. It is one of the operational issues we experience in aviation, it is nothing out of the ordinary. It was quickly salvaged and all the necessary protocols were taken and since then, we have started flying.”

Nigerianflightdeck is an online news and magazine platform reporting business stories with a bias for aviation and travel. It is borne out of the intention to inform, educate as well as alter perceptions with balanced reportage.
Previous No plane crash anywhere in Nigeria AIB states, as NCAA DG, Air Peace react to sensational report
Next LAAC set for 25th Conference releases Zoom link for online participation