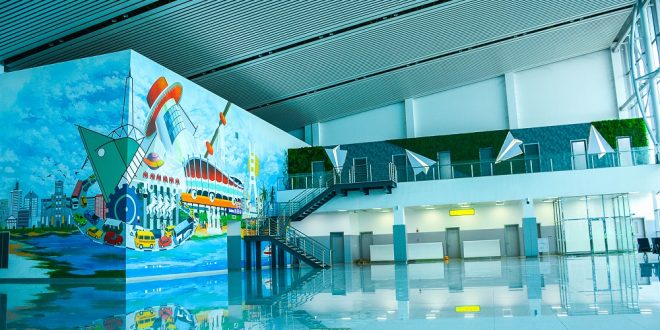 FEDERAL Airports Authority of Nigeria ( FAAN) has announced the commissioning of the newly built international terminal of the Murtala Muhammed Airport, Lagos on Tuesday, March 22, 2022 one of five terminals constructed in a bilateral arrangement between the Federal Government of Nigeria, and the People’s Republic of China.

The airport managers also announced that it will equally be signing a memorandum of understanding with the Lagos State Government on the 9km Airport-Shasha-Alimosho link Road to be constructed by the State Government.

The Federal Government-Chinese assisted terminal buildings were imitated in 2013  and the MMIA will now be commissioned 9years after following various delays.

The new Lagos International terminal, which will be commissioned by the President of the Federal Republic of Nigeria, President Muhammadu Buhari (GCFR), and is expected to generate about three thousand direct and indirect employment for Nigerians, as well as enhance passenger facilitation and comfort at the Lagos airport.

The terminal has the capacity to process 14million passengers per annum. It is built on a land mass of approximately 56,000 square metres, and it has 66 check-in counters.

Other facilities in the terminal include 5 baggage collection carousels, 16 Immigration desks at arrival, 28 Immigration desks at departure, 8 security screening points, 6 passenger boarding bridges (out of which 2 has already been installed), 2 food courts, 4 premium lounges, 22 guest rooms and spa, 16 airline ticketing offices, visa on arrival and port health facility, as well as praying area, more than 3,000 square metres of duty free space, approximately 5,000 square metres of lettable utility space, amongst others

Nigerianflightdeck is an online news and magazine platform reporting business stories with a bias for aviation and travel. It is borne out of the intention to inform, educate as well as alter perceptions with balanced reportage.
Previous Demolition of AIB HQ takes place as CCECC terminal set for inauguration
Next China Eastern’s B737 NG crash in Guangxi, 132 feared dead