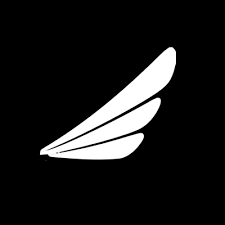 GROUP CEO Ethiopian Airlines, Tewolde GebreMariam has said that despite the crash of the Boeing 737Max 8, that the airline believes in the Boeing brand haven been in partnership with the manufacturers for years.
GebreMariam also used the opportunity to dispel misinformation going round, about the airline and its crew.

On perceived frayed partnership with Boeing, GebreMariam said, “Let me be clear: Ethiopian Airlines believes in Boeing. They have been a partner of ours for many years. More than two-thirds of our fleet is Boeing. We were the first African airline to fly the 767, 757, 777-200LR, and we were the second nation in the world (after Japan) to take delivery of the 787 Dreamliner. Less than a month ago, we took delivery of yet another new two 737 cargo planes (a different version from the one that crashed). The plane that crashed was less than five months old.”

“Despite the tragedy, Boeing and Ethiopian Airlines will continue to be linked well into the future.
“We also are proud of our association with U.S. aviation. The general public does not know that Ethiopian Airlines was founded in 1945 with help from Trans World Airlines (TWA). In the early years, our pilots, flight crews, mechanics and managers were actually employees of TWA.

On the qualification of its crew to fly the MAX8, the airline had reacted to a report by the New York Times titled “Ethiopian Airlines Had a Max 8 Simulator, but Pilot on Doomed Flight Didn’t Receive Training”
The airline confirmed that Ethiopian pilots have completed the Boeing recommended and FAA approved differences training from the B-737 NG aircraft to the B-737 MAX aircraft before the phase in of the B-737-800 MAX fleet to the Ethiopian operation and before they start flying the B-737-800 MAX.

The pilots had also been made aware of, and well briefed on the Emergency Airworthiness Directive issued by the FAA following the Lion Air accident. The content of the airworthiness directive has also been well incorporated in all pilot training manuals, operational procedures and working manuals.
The B-737 MAX full flight simulators is not designed to simulate the Maneuvering Characteristics Augmentation System (MCAS) problems.

“As it is well-known in our global aviation industry, the differences training between the B-737 NG and the B-737 MAX recommended by Boeing and approved by the U.S. Federal Aviation Administration called for computer-based training, but we went beyond that. After the Lion Air accident in October, our pilots who fly the Boeing 737 Max 8 were fully trained on the service bulletin issued by Boeing and the Emergency Airworthiness Directive issued by the USA FAA.

“Among the seven Full Flight Simulators that we own and operate, two of them are for B-737 NG and the B-737 MAX. We are the only airline in Africa among the very few in the world with the B-737 MAX full flight Simulator. Contrary to some media reports, our pilots who fly the new model were trained on all appropriate simulators.The crews were well-trained on this aircraft.

GebreMariam also expressed content that immediately after the crash and owing to the similarity with the Lion Air Accident, Ethiopian Airline grounded its fleet of Max 8s. Within days, the plane had been grounded around the world, “I fully support this. Until we have answers, putting one more life at risk is too much,” he said.

Nigerianflightdeck is an online news and magazine platform reporting business stories with a bias for aviation and travel. It is borne out of the intention to inform, educate as well as alter perceptions with balanced reportage.
Previous Group says implementation of new PSC is vital for airport maintenance
Next Air Peace decorates Fatonade, Devine as new captains, insists on high safety standards