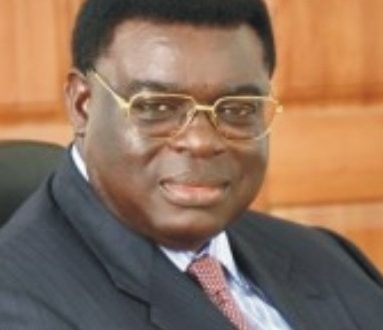 EVENTS that led to yesterday’s barricade of Arik Air by security operatives became a bit clearer as the airline was visited by men of the Economic and Financial Crimes Commission (EFCC) after which the Chairman of the company, Sir Joseph Arumemi-Ikhide went to the anti-graft agency’s Ikoyi office.

Although details are still sketchy, Arik Air around midnight released a statement through their spokesman, Adebanji Ola revealing that: “Operatives of the Economic and Financial Crimes Commission (EFCC) on Wednesday, 8 February 2017 visited Arik Air’s head office.”

The very brief statement further read,” They held a brief meeting with Chairman of Arik Air, Sir Joseph Arumemi-Ikhide after which the Chairman visited their Ikoyi, Lagos office for further discussions and to respond to their enquiries. Having satisfactorily answered the query, the Chairman later left the EFCC office.”

Nigerianflightdeck.com learnt that senior management of the airline were nowhere to be found during the siege as the Managing director, Chris Ndulue and Executive Vice President, Captain Ado Sanusi were reportedly ‘conspicuously missing’ during the visit.

There was also supposed to be a reconciliatory meeting with unions yesterday over the sacked unionists but that was also shelved as the airline representatives  was a no-show probably owing to the fact that during the time the EFCC barricaded the gate, no one was let in or out of the Arik headquarters.

As it stands, the airline is in dire straits especially with the alleged N139billion indebtedness  to the Asset Management Company of Nigeria (AMCON)and the series of  trouble in the last couple of months ranging from union issues to a sequence of flight delays and cancellations especially on their international flights leading to passengers agitations and subsequent fine by the regulators.

The airline also had an issue which led unions to shut it down over payment of seven months salaries sometime in 2016.

The issue of flight delays and cancellations are what led to aggrieved passengers of the airline  seeking redress and refund of their air ticket fares at the airline’s headquarters yesterday before they were barricaded by security agents who turned out to be EFCC operatives.

Aggrieved passengers who could not get refund for their cancelled flights had stormed the airline yesterday  but could not gain entrance into the building with some of them alleging claims from N70, 000 to as much as N800, 000 from July last year  through to December.

Nigerianflightdeck.com will keep readers posted once it gets in contact with the EFCC spokesman later in the day.

Nigerianflightdeck is an online news and magazine platform reporting business stories with a bias for aviation and travel. It is borne out of the intention to inform, educate as well as alter perceptions with balanced reportage.
Previous Emirates sets standards for on-board medical care
Next Finally, AMCON takes embattled Arik Air over, appoints Capt. Ilegbodu Consultant