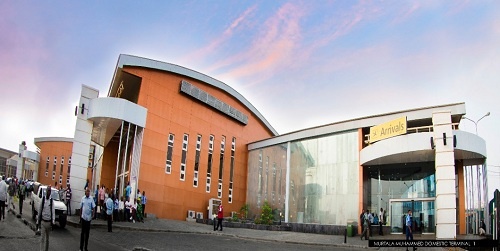 STATISTICS obtained from the Federal Airports Authority of Nigeria (FAAN) indicate that over one million passengers were processed by the airport managers at the Murtala Mohammad Airport Ikeja between January and March this year with a total of 739,560 passengers for domestic and 323,751 for international passengers.

This is just as a total of 149,557 passengers arrived while 174,194 passengers departed through the international wing of the airport during the period bringing the total passenger traffic to 323,751

At the domestic wing, 402,519 passengers arrived the Murtala Muhammed Airport terminal 1, also known as the GAT while departure recorded 337,041 bringing the total number of passengers on the domestic routes to 739,560 between January and March

Commenting on the statistics, the airport manager South West, Mrs Victoria Shin-Aba said there was no significant drop as Lagos remained the business nerve centre of the country as most flights terminates at the airport.

“We have been having some challenges along that area, you know our culture the way we do things, one person is travelling, ten people will follow but we still try as much as possible to discourage people”

She explained that the Covid has negatively affected the finances of the organisation. “The disadvantage of covid that is what affects us the most, it has affected our income as an organization, airlines are not coming back due to the pandemic, people are not travelling as they used to be”

“For the advantage, let me say the consciousness and the new normal doing things in a different way, people now can come from home though our environment really doesn’t encourage that, our own is services you have to move, you have to meet people, you have to work but all the same, meetings now are done virtually”

She advised passengers to reduce the number of people coming to the airport with them and get to the airport on time as a result of protocols adding that they were working to ensure passengers comfort, safety and security of every airport users.

Nigerianflightdeck is an online news and magazine platform reporting business stories with a bias for aviation and travel. It is borne out of the intention to inform, educate as well as alter perceptions with balanced reportage.
Previous United Nigeria unveils medium term plans for aircraft acquisition, MRO establishment in Enugu
Next Operators explain why ticket prices in Nigeria are soaring