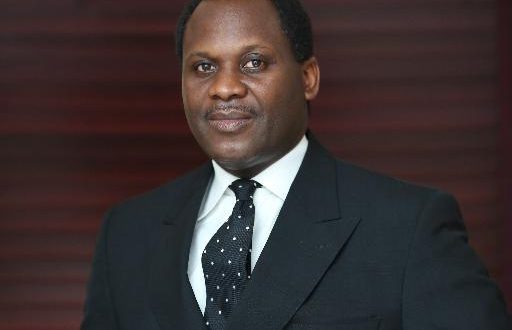 Irukera who is a Special Guest at the seminar with the theme: ‘Financing Aviation Development Through Private Sector Partnerships,’ would speak on the activities of CPC as it relates to aviation and air travellers’ protection from airlines and even government agencies.

Irukera in a chat with journalists recently had said that the council received the third highest number of complaints in 2017 from the aviation Sector.

He said the sector came after telecommunications and banking sectors, which had the first and second highest number of consumer complaints respectively.

The forum, would give Irukera the opportunity to shed more lights on the statutory role of CPC, not just in the industry, but in the country at large.

CPC is established under Consumer Protection Council Act, Cap 25, 2004 Laws of the Federation of Nigeria, to promote and protect the interest of consumers over all products and services, including consumers in the aviation sector of the economy.

The council is also empowered to eliminate hazardous and substandard goods from the market, provide speedy redress to consumer complaints and end the unscrupulous exploitation of consumers, educate them and champion their interests at appropriate forum, and enforce all enactments aimed at protecting them.

Obilana would present a paper on ‘Funding Perspectives of Aviation Security in Nigeria.’

In an email to the committee, said it was high time players in the sector focused more on security within the aviation industry.

He explained that his paper would delve on new strategies employed by unscrupulous elements to beat security networks in the sector while also looking at changes in aviation security after the September 11, 2001 terrorist attacks on the United States.

Obilana, is a Fellow of the International Institute of Professional Security, member of Association of Licensed Security Practitioners of Nigeria (ALSPN) and a member of Aviation Round Table (ART), an association of aviation professionals.

Mr. Allen Onyema, the Chairman of Air Peace would act as the Chairman of the event while Mr. Nick Fadugba, a former Secretary General, African Airlines Association (AFRAA) would also present a paper at the occasion.

Several other aviation personalities and airlines have also indicated interest to participate at the event, which would hold on July 19, 2018 at the Sheraton Hotels and Towers.

Other papers to be present at the seminar include ‘Federal/State Government Partnership in Air Navigational Development’ and ‘Maintenance, Repair and Overhaul (MRO) Financing’ and ‘Partnerships as Key to Survival of Local Airlines’ among others.

Nigerianflightdeck is an online news and magazine platform reporting business stories with a bias for aviation and travel. It is borne out of the intention to inform, educate as well as alter perceptions with balanced reportage.
Previous MOT inaugurates parastatals action committee for HIV/AID in NCAA
Next Unions deadline expire today as Bi-Courtney declares threats acts of lawlessness