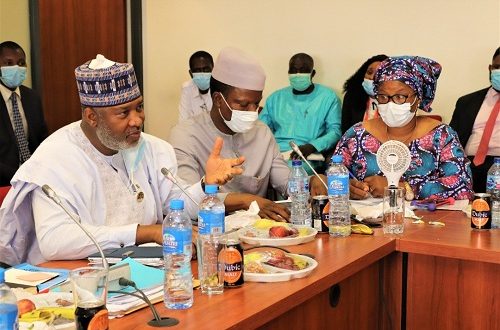 Concession: Minister says 14.29% FAAN workforce to be transferred to concessionaire

MINISTER of Aviation Senator Hadi Sirika has told the House of Representatives that only 14.29% of the total workforce of the Federal Airports Authority of Nigeria (FAAN) working at the terminal buildings which according to him are the items for concession would be transferred to the would-be concessionaires. Read also: Airports Concession: Reps’ say financial adviser, PDT fall below expectations

This is just as he kept insisting that the concession exercise would not lead to mass sack of workers as claimed by some stakeholders in the sector.Read also: House of Reps asks FG to suspend airports concession

Last week, the House of Representatives had suspended the concession of the four airports, championed by the minister stating that it was not in the national interest and lacked transparency. Read also: Airport Concession: Former FAAN MDs, Directors tell Reps Nigeria risks invocation of Mezzanine Clause

However, at the national assembly today, Sirika presented the Nigeria Airport Terminal Concession Strategy to the House of Representatives where he posited that only 1,158, representing 14.29 per cent of the total workforce of 8,100 workers of FAAN working at the terminal buildings would be transferred to the would-be concessionaires.

Sirika further stated that the successful concessioning of Lagos, Port Harcourt, Kano and Abuja airports would lead to improved provision of infrastructure at the airports, while passenger traffic would also increase at the terminals.

Sirika maintained that the benefits of transferred staff would also, be paid by FAAN on completion of the 18 to 24 months if the staff decided to stay with a concessionaire.

He added: “FAAN will negotiate benefits to be paid with the unions before completion of the handover. Traffic will increase as a result of increased efficiency and expansion, costs will reduce due to efficient operations and FAAN will be paid its own share of Passenger Service Charge (PSC) and security levy directly from the International Air Transport Association (IATA).

“All other facilities at the airports will still be managed by FAAN. Our airports are national security assets. This must be kept so. The concessionaire(s) will provide the investment required to upgrade the existing terminals, take over the new terminals and maintain them over a period of time to be determined based on financial assessment of each transaction.

“Passenger Service Charge and security charge will be shared by FAAN and the concessionaire(s) and FAAN’s share of the charges shall be paid directly to FAAN by IATA. FAAN will be required to provide manpower through Aviation Security (AVSEC) for the security of both the airside and landside.”

He assured that tariffs would be regulated in accordance with the procedures set in the concession agreement.

Nigerianflightdeck is an online news and magazine platform reporting business stories with a bias for aviation and travel. It is borne out of the intention to inform, educate as well as alter perceptions with balanced reportage.
Previous Arik staff upbeat over CoS, others as unions meet airline management, NCAA
Next Airports Concession: Reps’ say financial adviser, PDT fall below expectations