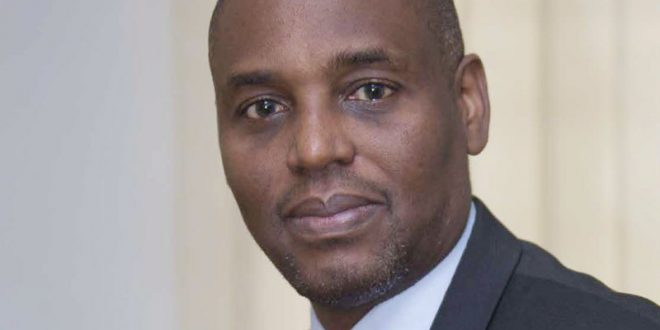 EFFECTIVE December 31, 2020 Captain Ado Sanusi, the Managing Director of Aero Contractors has stepped down from the airline he has helped nurture back to health after the airlines fortunes dwindled for years when he was appointed by the Asset Management Corporation of Nigeria.

Captain Sanusi who confirmed this in a telephone interview with Nigerianflightdeck was the managing director of Aero Contractors from February 13, 2017 till December 31, 2020 and during his stint as MD opened new frontiers for the airline.

For now, AMCON is yet to publicize the news or announce a replacement

Sanusi was instrumental to the complete paradigm shift turning the over 50 year old airline into a capable Maintenance Repair Organization (MRO) rolling out some of its previously unserviceable aircraft  in 2018 and 2019.

Under Sanusi’s leadership, the airline sort for and gained Third party maintenance approval and is already making in-roads onto West and Central Africa in Ghana and Congo precisely.

Also set the process to upgrade the airline’s MRO, as well as sign various other agreements to help the airline maintain a semblance breaking even.

Capt. Sanusi, a thorough-bred aviation professional; was Deputy Managing Director of Arik Air, and in 2009 one time Managing Director of the Nigerian Airspace Management Agency (NAMA) led the organization in 2017 to seek for and acquire approval to handle C-Checks on Boeing 737series along with its maintenance of the Bombardier Turboprop airliner series, boosting its chances of turning the curb of a disappointing past couple of years.

Aero Contractors received certification from the Nigerian Civil Aviation Authority (NCAA) to handle C-checks on Boeing B737-300, B737-400 and B737-500 at the airline’s terminal effective from September 12, 2017 thereby domesticating maintenance that is the major bane to almost all domestic airlines in the country

Sanusi also worked for Kabo Air, a local airline as a Senior First Officer and then proceeded to ExxonMobil as Captain and flight Safety Officer. He then joined Virgin Nigeria as a Captain on the B737 Classic.

He worked in collaboration with other parastatals in the aviation industry (NCAT, Nigeria Meteorological Agency (NIMET) and the Nigerian Civil Aviation Authority (NCAA) to implement the total radar coverage on the Nigeria Airspace (TRACON). He designed the blue print of capacity building by organizing training for the Air Traffic Controllers and Engineers in the United States.

Nigerianflightdeck is an online news and magazine platform reporting business stories with a bias for aviation and travel. It is borne out of the intention to inform, educate as well as alter perceptions with balanced reportage.
Previous Raphael Kuuchi rejoins AFRAA as Director Government, Legal &Industry Affairs
Next AMCON appoints Capt. Mahmood CEO for Aero Contractor’s