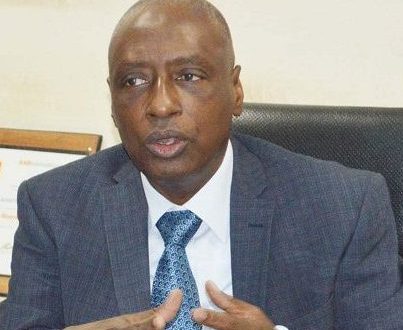 CONFERENCE Committee of the League of Airports and Aviation Correspondents (LAAC) has selected the entire aviation agency Chief Executive Officers (CEOs) to form the panel of discussants at its forthcoming conference with Rector of the Nigerian College of Aviation Technology (NCAT), Zaria, Capt. Abdulsalami Muhammed as moderator.

The 23rd annual conference, which is scheduled to hold on July 17, 2019 at the Radisson Blu Hotel, Ikeja is with the theme: ‘Boosting Aviation Investment Through Policy.’

He obtained his First School Leaving Certificate in 1969 from Dambatta Primary School in kano, where he proceeded to Government College Kano, to obtain a West African O-Level Certificate in 1974.

By 1977 he had his Commercial Pilot Training from Nigerian Civil Aviation Training Centre (NCATC), now Nigerian College of Aviation Technology Zaria, and moved to Oxford Air Training School, Kidlington England, to get his training as a flight instructor.

Capt. Abdulsalami Mohammed has 42 years of Aviation Industry Experience, with over 18,000 flight hours. He has worked with various airlines, which include: Discovery Airways LTD, Arik Air Limited, Virgin Nigeria/Air Nigeria, DAS Air Cargo, Merchant Express Cargo Airline, OKADA Airline, E.A.S Cargo Airlines, and United Air Service. He has flown various aircraft which included: B707, B727, B737, B767, DC10 and A340, to mention a few.

He has also worked with NCAA and was the Chairman of the Committee on the Establishment of a National Carrier.

The conference would be chaired by Alhaji Muneer Bankole, CEO of Med-View Airline, while Dr. Harold Demuren, the former Director-General of NCAA, is the lead speaker and would deliver a paper on: ‘Boosting Aviation Investment Through Policy: Government Perspective.’

Nigerianflightdeck is an online news and magazine platform reporting business stories with a bias for aviation and travel. It is borne out of the intention to inform, educate as well as alter perceptions with balanced reportage.
Previous 5th Accra Weizo 2019 Tourism Fair: Over 70 foreign delegates confirm attendance
Next Port Harcourt Airport reopened for operations