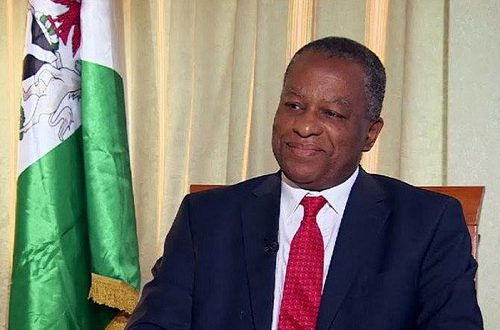 NIGERIANFLIGHTDECK has learnt that the Canadian High Commission has hatched a plan to defer Air Peace flight right and positioning Ethiopia Airlines to operate the evacuation of Nigerians from the North American country at a higher fare.

Air Peace was designated by Federal Government last week to conduct the evacuation flight and repatriate Nigerians who are stranded in Canada with the flight plan to airlift passengers from Toronto and Cagliari back to the country.  Read Also: Canada Evacuation: Nigerians laud FG’s insistence on using indigenous carrier

However,  as the stalemate deepens informed source from the Ministry of Foreign Affairs disclosed that the Canada High Commission opened talks with Ethiopia Airlines, which has been airlifting Canadian citizens from different parts of Africa to Canada to deny a Nigerian carrier the opportunity to airlift its own citizens.

A document sourced from the Canada High Commission directed that passengers should pay $2,500 to Ethiopian Airlines; while Air Peace charged $1,134 and 319 passengers have paid to the Nigerian airline, which has concluded plans to operate full flight to the North American country.

The directive from the Canada High Commission asked the would-be passengers to pay for Flight ET3900 from Lagos to Addis-Ababa that would depart from Lagos by 1:00 pm Nigerian time on May 18, 2020.

The directive asked the passengers to use the booking code: ”LOSYYZ”, valid only for May 15, 2020.

The delay in allowing Air Peace, an indigenous airline to conduct the evacuation flight has upset officials in the Ministry of Foreign Affairs and other Nigerians who have been monitoring the proceedings since last week.

Some of the Nigerians who have booked and paid Air Peace for the flight were already complaining about the insistence of the Canada High Commission to choose a foreign airline when a Nigerian carrier can carry out the evacuation exercise successfully, as it had done in the past.

Shocked at the decision of Canada High Commission, an official of the Nigerian carrier said that Air Peace has successfully flown to 40 countries, including Canada, the United States, the United Kingdom, noting that it was the airline that evacuated Israeli citizens from Nigeria late March.

“We have done many international flights, including landing in Canada. We have made 19 flights to the United States of America since 2014. We have flown to Tel-Aviv several times and in March we evacuated over 200 Israelis from Nigeria back during this COVID-19 lockdown. We have scheduled flight operations to United Arab Emirates. We have also flown to UK, Ireland, China, Turkey, Germany, Iceland, Switzerland and other countries.

“We have IATA Operational Safety Audit (IOSA) certification and we are member of IATA. We have also evacuated Nigerians from South Africa during the Xenophobia attack of Africans there. We are grateful to the Federal Government and the Ministry of Aviation for all the support it is giving Air Peace and other ingenious carriers,” the Air Peace official said.

Reacting to the incident, former Director General of the Nigerian Civil Aviation Authority (NCAA), Benedict Adeyileka described the action of the Canada High Commission as political and urged the Federal Government to stand firmly on its position that a Nigerian carrier should conduct the airlift.

“I don’t agree with what is happening. It is very political and Ethiopian Airlines is playing a dangerous game. Ethiopian has new aircraft but it was Boeing 767 it deployed to airlift Nigerians from the US and some of the passengers complained, even as they paid higher fares to the airline. But Air Peace is deploying Boeing 777 for the evacuation.

He had also said the Nigerian High Commission was in discussion with the Canadians stating,” Our High Commissioner in Canada is engaging with the Canadian government on this issue and we are hopeful that  we can have the decision reversed. The argument he is putting forward, which is a strong argument is that this is not a regular commercial flight to Canada for  airlifting passengers but this is an emergency flight and there is a difference between the two and so the negotiations are ongoing and we hope there would be a positive result.

But the Federal Government through the Ministry of Aviation and Foreign Affairs has waded into the matter, insisting that the Nigerian carrier has to operate the flight in tandem with its new position that all evacuation flights must be conducted by Nigerian carriers.

Nigerianflightdeck is an online news and magazine platform reporting business stories with a bias for aviation and travel. It is borne out of the intention to inform, educate as well as alter perceptions with balanced reportage.
Previous Ministry directs aviation agencies to relocate headquarters to FCT within 45 days
Next COVID-19: NCAA declares 90% revenue decline as it fears for airline’s survival