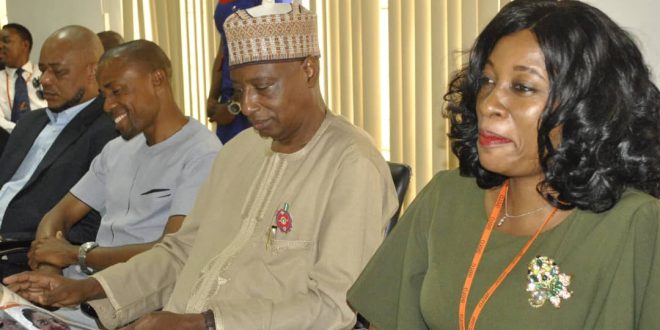 NIGERIA is doing well in the area of safety but needs to work harder in raising the bar in the area of customers service, this is according to the Chairman Air Peace, Barrister Allen Onyema.

Onyema made this known in his keynote address at the 2nd Cabin Crew Fair 2018 organised by Mamaj Consult Limited with theme Raising the Bar of the Cabin Crew Profession where he called for added value for crew members and strong empathy.

Represented by the Manager of Corporate Communications, Mr. Chris Iwarah, the Air Peace boss emphasised that airlines in the country are going out there in the world and the intent is to make a statement telling the world, it can be done in Nigeria.

“Air Peace has well over 300 cabin executives and their main function apart from ensuring safety of the crew is providing customers services to passengers throughout the flight. We have seen situations where cabin crew members do not know how to de-escalate crisis, a crisis which a warm smile can take care of.”

He also called on Nigerian crew to be proud of their origin and try as much as possible not to degenerate the Nigerian tradition.

Representing managing director of Aero contractor, Captain Ado Sanusi, Cabin Crew Manager Kudirat Bello who spoke on Raising the Bar of the Cabin Crew Profession explained that the crew is key in all flights.

Bello in her statement explained that the function of the crew is key to the flight despite the challenges they tend to go through from unruly passengers, down to the sexually abusive ones.

According to her, it is quite important to know how to handle varying situation especially as it regards emergencies.

“Emergencies are what they are, they don’t knock on the door to tell you they are around, that is why they are emergencies. As crew members you need to know what to do during emergencies. In case you are in an emergency and you have to react immediately with the remedial factors. You must know the location and use of the safety equipment of you know the location without the use, that is a recipe for disaster and if you know how to use safety equipment and not know where they are, it’s equally terrible.”

Convener of the crew fair, Joy Ogbebo in her welcome address stated that raising the bar of the profession requires a holistic approach by all stakeholders which must be a conscious one.

Nigerianflightdeck is an online news and magazine platform reporting business stories with a bias for aviation and travel. It is borne out of the intention to inform, educate as well as alter perceptions with balanced reportage.
Previous Nigerian passport acquisition: A to Z processes and procedures
Next FAAN debunks purported terrorist attack video at MMIA says it’s deceitful, misleading