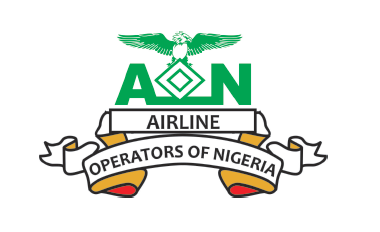 AIRLINE Operators of Nigeria (AON)  has expressed  gross disappointment over the deplorable state of Navigational Aids at the nation’s airports which makes flying in the Nigerian airspace virtually impossible during the harmattan season thus increasing the sufferings of passengers and disrupting their plans for the yuletide season due to flight cancellations.

The Chairman of AON, Capt. NogieMeggison decried the situation and described it as appalling noting that it was high time Nigerian airports were fitted with CAT lll Navaids like Heathrow airport so flights would operate normally in this harmattan season even  in zero (0) visibility, yet Nigeria is unable to land aircraft with visibility of about 800m.

According to Meggison, most international and local flights had to be diverted to Cotounu yesterday, which is rather unfortunate. The issue of the harmattan haze is a yearly seasonal occurrence as Nigeria has mainly Raining (Thunderstorms) and Dry Seasons (Harmattan).

“If the world has been landing in zero or virtually no visibility since December 28, 1968, today 48 years later on December 28, 2016 on the anniversary of the first CAT III landing at Heathrow airport, Nigeria still can’t land with 800meters of visibility? Why are the Navigation aids not working or upgraded over the years? Why is there no solution to this issue after forty years of the airlines crying out? It is rather shameful that today in the 21st Century, we are still talking of operating at CAT l and unable to land at 800m at our airports,” he noted.

For the past three (3) days MMA in Lagos was shut down until 6pm before flights could land. Hence no airline could fly and passengers were delayed with colossal loss of revenue to the operators. A Dan Air flight that departed Abuja at 10am could not land in Lagos and had to return to Abuja until 6pm before flying back again still leaving about 500 to 600 passengers to various destinations stranded at the airport.

“This is very unfair to operators who cannot charge passengers for the extra cost the airline has to bear on return or cancelled flights and we have to feed and lodge them in a hotel. NAMA and FAAN need to be more responsible to ensure that our airports are equipped with the right landing aids to allow 24hours operations in any weather condition,” Meggison stressed.

AON has been screaming about this situation for a long time now. The economic impact is too heavy on us. Fifty per cent(50%) of scheduled flights are delayed due to weather, shortage of Jet fuel, inadequate screening machines at the Terminal Boarding exit points, insufficient parking for airplanes on the tarmac, as well as VIP movement etc.

How then can we make money to pay the high taxes and levies being imposed by the agencies and parastatals or contribute our quota to the National GDP this way?

It is also instructive to note that the overstaffed Agencies have over 18,000 staff servicing 3000 airline staff. FAAN alone has about 11,000 staff and NAMA has 4000 staff with only 250 Air Traffic Controllers. According to the Minister of State for Aviation, a particular Agency has about forty-eight (48) General Managers.

The huge funds made from passengers 5% taxes on Ticket Sales Charge (TSC); Passenger Service Charge (PSC), Over Flight Charges, Enroute Navigational Charges and Terminal Charge, landing fee and parking charges are being used wrongly to pay for salaries and the lavish lifestyle of the over bloated workforce at the expense of improving the navigation and airport infrastructure.

“It is sad to note that Murtala Muhammed Airport which is the nation’s biggest and busiest airport is a CAT l airport. This means flights cannot land at below 800m due to the obsolete Instrument Landing System (ILS) in place at the airport. Yet all the aircraft being operated by the airlines are fully equipped to do a CAT ll or even CAT lll landing. If our airports were CAT lll as in Heathrow airport this same day on December 28, 1968, flights would have been able to operate normally in this harmattan season.”

“What we need is simple solutions. Get better equipment. If we had CAT lll equipment at our airports the airlines will fly. The relevant Agencies need to invest in modern Navigation aids and Runway lights so that we don’t have to come back again next year complaining about the same thing as we have done for so many decades. Also, the planned concession of airports might be a way forward provided it is transparent and with a clear agenda as the Concessionaire would make sure these landing aids are in place,” Meggison said.

Nigerianflightdeck is an online news and magazine platform reporting business stories with a bias for aviation and travel. It is borne out of the intention to inform, educate as well as alter perceptions with balanced reportage.
Previous Again, Arik Air strands London, Jo’burg passengers at MMIA, airline staff vanish
Next Arik Air explains stranded passengers fiasco, prepares to airlift passengers today