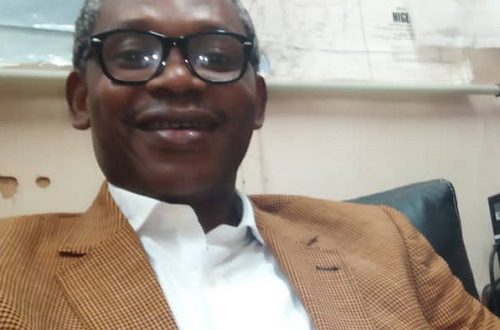 Akpan cautions against calls to convert passenger aircraft to cargo

FOLLOWING calls from some quarters for the conversion of passenger airlines into cargo post COVID-19 to give airlines a chance to earn, Lead Aviation Consultant ETIMFRI Group, Amos Akpan has called for caution with such ideas explaining that it is not only out of regulations but unsafe practice to carry cargo on the main deck.

This is just as he said that for such conversion to take place, the aircraft would have to be designed and reinforced properly in a way to enable a combination carriage of both passengers and cargo.

Mr. Akpan who responded to Nigerianflightdeck also said that there is also an insurance issue to deal with as well as the fact that each Air Operators Certificate (AOC) holder must operate within its approved operational specification as most of the airlines being urged to enter the charter fray registered as passenger carriers.

Akpan said,”There is need to clarify this carriage of cargo by passenger airlines. It is against our civil aviation regulations for an operator to carry cargo on the main deck of a passenger aircraft. It is unsafe practice because it breaches safety requirements.

“In a combi aircraft separation of cargo and passenger cabin is done with manufacturer specified restrain dividers.

“Maybe the NCAA has been giving one off waiver to operators considering the covid-19 situation. In this case they can use their passenger aircraft to carry cargo on the main deck, but insurance must be notified in case of any incident. Each AOC holder must operate within the ops specs approved by NCAA,” he said.

He stated that if domestic airlines are needed to participate in airlift and distribution of COVID-19 supplies within Nigeria, that is doable and it can be done but running domestic cargo flights, is a different business module that requires investment with a gestation period.

He explained,” If you buy or lease a cargo aircraft to dedicate for domestic cargo movement without securing the premium paying yearly charter contract like CBN, DHL, ETC; you have an uphill task developing the market. By way of illustration, a B737-300F takes 15 tons of cargo. You need 15 tons of cargo to any destination if you are not on contract charter. When you drop that 15 tons you will operate back to base empty. So that 15 tons should generate revenue to pay for the return leg.

“I don’t want to bore us with the details of freight fee per kilo versus the cost of the flight operations. The cargo agent at the airport would have moved his 500kg to max 1 ton to various destinations by different scheduled flights instead of waiting to fill your freighter.

He added, “I do not see newspaper distributor paying up to 200naira per kilo to move Punch or ThisDay to Calabar and Kano.”

“Concerning regional freights, it is the same practice. We take cargo in the belly of B737 which gives only what is left after passenger baggage.

The B737 freighters can operate Lagos-Monrovia, Lagos-Freetown, or Lagos-Kinshasha. But it still will return to Lagos empty, therefore it will charge freight fee per kilo to cover the ferry back leg. The traders have been paying for this module since the 80s and 90s but it covers one cargo flight in 14days per stations at best. That is low utilization. You still have to compete with the scheduled passenger flights on these regional routes; they also need the revenue from cargo to augment their cost.”

Nigerianflightdeck is an online news and magazine platform reporting business stories with a bias for aviation and travel. It is borne out of the intention to inform, educate as well as alter perceptions with balanced reportage.
Previous COVID-19: Arik Air implements 80% pay cut, as 90% staff go without payment from may 1, 2020
Next PhotoReel: Aviation industry rallies over the weeks as COVID-19 lock down lingers