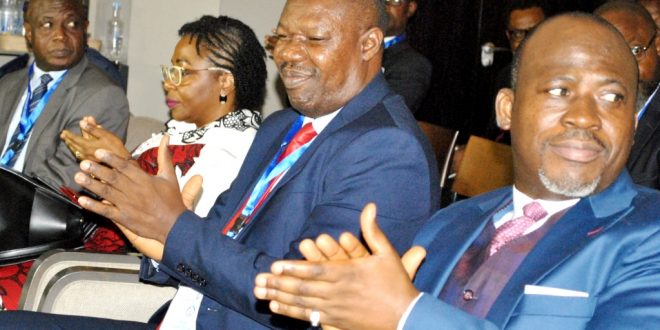 ACCIDENT Investigation Bureau( AIB) will release six final reports of accidents and incidents on the 25th of April, 2019 including the serious incident involving Delta Airlines Airbus A330-223 on the 14th of February 2018 which one of its engines caught fire causing the aircraft to return after take off.

Commissioner of the AIB, Akin Olateru made this known today in his Keynote address at the AIB 2019 Stakeholders’ Forum with a theme to Review Accident Investigation Bureau Regulations 2016 and its implications on stakeholders.

Olateru said he had sent the report of the Delta incident to the aircraft manufacturer, Airbus for the 60 day review before the release of the report and it returned from the manufacturers with ‘No Comment’ meaning a great deal of confidence is reposed in that final report.

The AIB Commissioner also revealed that the bureau is in the process of signing an agreement with France so the AIB can handle investigations of French-Speaking West African countries’ incident ,” they appreciate what we are doing here, he said, “meaning we are doing something right.”

During his welcome address, managing director of Spring Fountain, Mr. Tunde Fagbemi explained the reason the industry was most regulated stating that accidents were a series of activities that happen but we’re preventable.

He said, ” Aviation is the most regulated industry in the world, why do we need to regulate and it’s unfortunate but Ethiopian knows the need for regulation, Boeing, Airbus, Bombardier know why aviation needs to be regulated.

“an accident is not what needs to happen, but it is something that we need to prevent. An accident is a culmination of many little events and the most fundamental objective of AIB is safety and issuing safety recommendations for the betterment of the industry.”

Nigerianflightdeck is an online news and magazine platform reporting business stories with a bias for aviation and travel. It is borne out of the intention to inform, educate as well as alter perceptions with balanced reportage.
Previous Ethiopian Airlines commends preliminary report’s vindication of pilots
Next Akwaaba African Travel Market, Caribbean Tourism Organisation inks partnership at London AGM