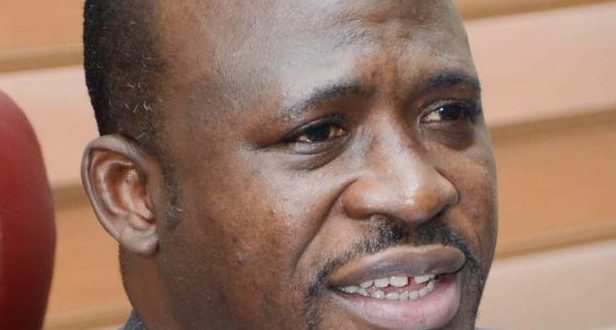 The proposal, according to the Commissioner, was a way to ensure that AIB’s safety investigators benefit greatly.

The AIB Commissioner disclosed that it would seize the opportunity to have 20 of AIB’s safety investigators to be part of the training.

This is part of the cooperative and collaborative initiative of the Commissioner/CEO in ensuring that sisters/related agencies are not left behind in the numerous capacity development programs of AIB-N.

He further stated that – “Capacity development, infrastructural improvement, system and process re-engineering remain our focus in making sure that AIB contributes meaningfully to aviation safety for the common good of all. We are very pleased to be hosting the BAGAIA training as accident and incident report writing is a very important aspect to investigation”.

Olateru further stated that the agency values the cooperation and technical assistance they have been receiving from several of the organisations which he stated would greatly complement, “our efforts to make AIB formidable”.

“Capacity development, infrastructural improvement, system and process re-engineering remain our focus in making sure AIB contributes meaningfully to aviation safety for the common good of all.”

The Bureau’s reports are generally its means of communication to stakeholders and it’s necessary to equip our safety investigators with the accident report writing skills.

Olateru said, “Capacity building is so vital to the AIB’s job functions. This guarantee that all reports and safety recommendations issued out by the AIB are hoisted on the certainty that they do miss out any vital subject matter in their investigations that impact safety. ”
The current management in the AIB had made capacity development one of its cardinal programmes and had been partnering various global organisations to ensure that investigators were adequately trained.

Nigerianflightdeck is an online news and magazine platform reporting business stories with a bias for aviation and travel. It is borne out of the intention to inform, educate as well as alter perceptions with balanced reportage.
Previous South African Airways deploys A330 on Jo’burg-Mauritius route
Next FEC gives approval to correct power deficiency of new airport terminal in Abuja