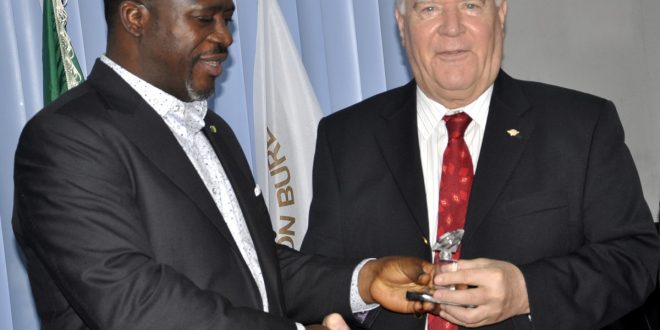 The Commissioner, AIB, Engr. Akin Olateru who disclosed this through a statement issued by the Bureau spokesman, Mr. Tunji Oketunbi at the end of a week training facilitated by the International Civil Aviation Organization (ICAO) and Singaporean Government said that the equipment was now ready for usage.

Olateru recalled that the management had signed a contract with a Canadian firm, CEA/Flightscape in 2011 to install state-of-the-art equipment in its new laboratory.

He explained that the laboratory was designed to download information from Flight Data Recorder (FDR) and Cockpit Voice Recorder (CVR) among others, which are necessary requirements for a thorough and accurate accident investigation.

He explained further that the facility was used to download the flight recorders of Associated Airlines’ aircraft crash of October 2013 with the assistance of the manufacturers of the laboratory despite the fact that the agency had not effected full payment.

Olateru however regretted that since that single usage in 2013, the facility had not been put to proper use due to lack of human capacity in-house to manage the laboratory, adding that there were also challenges from the manufacturer’s end.

He added: “The summary of the matter is that the laboratory was not working when I took over as the Commissioner. I made it a priority to resuscitate the laboratory considering its importance to the discharge of AIB’s responsibilities. I galvanized all the necessary quarters to achieve this mission. The International Civil Aviation Organization (ICAO) and the Singaporean government agreed to help.

“First I charged our ICT compound to get the laboratory running, which they successfully did. So, I can confidently tell you that the laboratory is working. However, we need the in-house capacity to manage it and maximize the benefits of the facility. This is where ICAO has come in.”

Olateru insisted that the optimum performance of the laboratory was central to the bureau’s contribution to safety in Nigeria and the sub-region, stressing that the management was are not unaware of the expectation of ICAO and the West African sub-region from Nigerian AIB

“One of my cardinal programmes since I resumed as the chief executive here is to ensure that all outstanding reports are released at the earliest possible time. This is one critical way of affecting aviation safety positively.

“To this end we are engaging all necessary quarters to ensure that our investigators who have not been trained since they were employed about four years ago are well trained as investigators.”

Mr. Frostell commended the AIB management for the great efforts it made to ensure that the facility was functional considering the importance of the laboratory to safety in the sub region. Mr. Toft said he was impressed with laboratory, which he said was the same with that of Singapore ‘if not better’.

Nigerianflightdeck is an online news and magazine platform reporting business stories with a bias for aviation and travel. It is borne out of the intention to inform, educate as well as alter perceptions with balanced reportage.
Previous Med-view commences airlift of passengers, commences regular UK schedule
Next FG seeks ICAO support to integrate drone ops in airspace