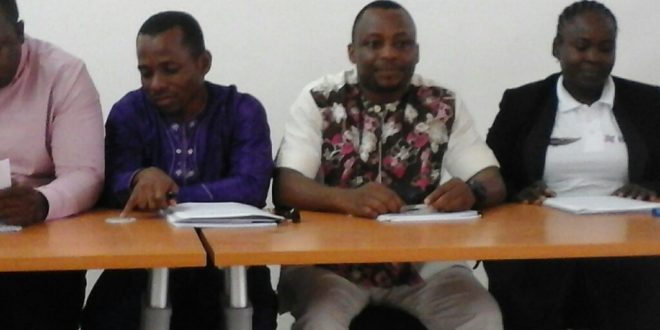 NATIONAL Association of Aircraft Pilots and Engineers (NAAPE) has stated that it is in full support of the planned allocation of 5 % of the Federal Airports Authority of Nigeria (FAAN) Passengers Service Charge (PSC) to fund the Accident Investigation Bureau (AIB).

This is just as it has asked the Minister of Interior, Lt.General Abdulrahaman Danbazau to call the management of Bristow Helicopters to order on issues concerning expatiate quota abuse as it will no longer tolerate the practice in the airline.

Giving reasons for the support of the deductions from FAAN against the plethora of oppositions from major unions, Comrade Galadima said the task of modern investigation is a costly one that cannot be handled with the limited resources of the AIB as it stands.

According to Galadima, accident investigation cannot be adequately budgeted for as the possibility to predict the number of accidents at a time is impossible and lack of funds during an occurrence can forestall the truth.

He argued that the activities of the AIB cannot be commercialized so that the bureau does not end up fabricating results for the highest bidder thus jeopardizing the true reason of its existence which is accident investigation.

Galadima’s statement read,” The task of modern investigation is very exerting, requiring high-tech equipment and high-caliber personnel. This is inherently a costly venture which cannot be handled adequately in an atmosphere of limited funding.”

“Most people who have commented on the matter did not countenance the fact that accident investigation cannot be effectively budgeted for, as it is impossible to envisage the number of accidents that would occur in a given period. Yet when those accidents occur, budgeted for or not; their investigation cannot be put forward therefore AIB must have a reservoir of funds to prosecute its mandate.”

“The accident investigation bureau has absolutely no access to funding other than statutory grants and its activities cannot be commercialized for fear of the Bureau dithering to the highest bidder,” Galadima argued …” even though the bureau’s proclaimed task is to investigate air accidents, its real objective is accident prevention. It is NAAPE’s view that this task is all important therefore funding impairment should be far removed from its operations.”

NAAPE President, Comrade Abednego Galadima explained that the Bristow management was flouting the recommendations made by the Interior Minister’s committee as the airline has refused to promote Nigerians into vacant positions despite them having the qualifications needed for the positions available.

Comrade Abednego urged the Minister of state, Aviation to work with the Nigeria Civil Aviation Authority (NCAA) to establish modalities for implementing the recommendations of General Danbazau’s committee to ease the pains of workers in the airline.

“We are aware, for example, that some airlines like Bristow Helicopters have refused to promote Nigerians into vacant positions despite that Nigerians with requisite qualifications and experience abound in the company.”

“At the same time the company is seeking expatriate quota to fill these vacant positions. NAAPE will no longer continue to tolerate this kind of situation and will embark on lawful action to force a remedying of such unwholesome practices in Bristow Helicopters.”

Nigerianflightdeck is an online news and magazine platform reporting business stories with a bias for aviation and travel. It is borne out of the intention to inform, educate as well as alter perceptions with balanced reportage.
Previous Air Peace launches Akure route August 11 with N10,000 fare
Next Stop the ethnic-tribal warfare!!!- Former Ghanaian President, Rawlings tells Nigerians