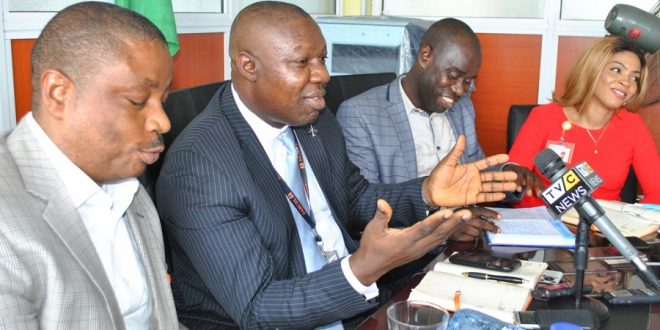 YAMS, vegetables, palm oil are agrarian products that lead the export of goods from Nigeria to other countries along with such items as ladies attachment hair, which according to skyway Aviation Handling Company (SAHCOL) increased since the government policy towards export promotion was enacted.

Acting Managing Director of SAHCOL, Basil Agboaromi made this known as a guests of the League of Airports and Aviation Correspondents (LAAC) interactive Gateway Forum last week where he stated that since 2015 exports have been on the rise since the Muhammadu Buhari-led administration came on board.

Agboarumi noted that more Nigerian businessmen are looking inwards for what they could export to other countries of the world.

He said,”The export promotion policy is a good one. Before now, you would have understood that what happened in Nigeria was that the country was just an import dependent country. I think at a particular point in time, not only in aviation, but in the maritime sector, that export was totally dead. Other countries just produced and poured into Nigeria.”

“At the moment yam is one of the major products for export; we have vegetable and it would surprise you to know that because people want their products to move faster, they prefer using this gateway to other gateway corridor. It would also surprise you to know that things like spare parts are exported to other West African countries from here. There are also people exporting palm oil in well packaged containers,” he said.

“I think for the first time in Nigeria, the administration under President Muhammadu Buhari, we have seen growth in export; possibly because of the policy that have been put in place by the government. Nigerians are beginning to look inward and seen what the country can also give out to other countries of the world.”

“It is no longer news that Nigeria is a blessed country; we have so much raw materials in this country that other countries of the world need, but the problem has always been, possibly because of what happened to us in the past, we were interested in what we could gain from outside without looking inward at what we have here and can give to the outside world. But I can tell you sincerely, export has actually grown from 2015 up till now,” the Acting Managing Director said.

Nigerianflightdeck is an online news and magazine platform reporting business stories with a bias for aviation and travel. It is borne out of the intention to inform, educate as well as alter perceptions with balanced reportage.
Previous Unions deadline expire today as Bi-Courtney declares threats acts of lawlessness
Next Air Peace charges passengers to court over violence against crew, malicious damage